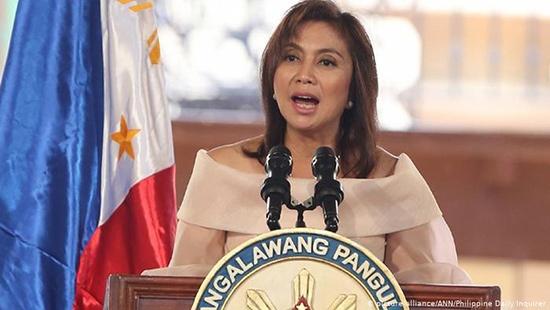 MANILA: The vice president of the Philippines on Wednesday accepted President Rodrigo Duterte’s offer of a lead role in his brutal war on drugs, even though she expected to face resistance from an administration that would try to thwart her progress.
The appointment follows critical remarks by Leni Robredo in an interview with Reuters, and in subsequent media appearances, which angered Duterte, who was elected separately and has an adversarial relationship with her.
“Even if we say this offer is playing politics and that agencies will not follow me and they will do everything for me not to succeed, I will bear everything because if I could save at least one innocent life, my principles and heart are telling me, I should give this a try,” Robredo told a news conference.
Robredo, 54, is among a growing number of critics who say Duterte’s approach to drugs has boosted his tough image but had little impact on the trade or addiction rates.
Some of her political allies had advised her not to take the post, saying that it was a trap to ensure her failure.
Duterte is hugely popular in the Philippines because of his defiance of the international outcry caused by his war on drugs, which human rights groups say involves systematic executions and police cover-ups in a campaign that has killed thousands.
Police reject that.