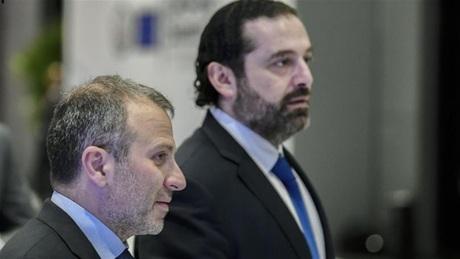 by Naharnet Newsdesk-Free Patriotic Movement chief Jebran Bassil has raised with caretaker PM Saad Hariri the possibility of forming a techno-political government led by someone other than him and comprising protest movement representatives, TV networks said.

“Bassil asked Hariri to name a premiership candidate who would win the consensus of the political forces,” al-Jadeed TV quoted FPM sources as saying.

“The political forces would name competent and skilled ministers while groups and prominent forces in the protest movement would name their representatives in the government,” the sources added.

“Bassil has proposed an economic work government not containing any prominent political figures,” the sources went on to say.

Hariri and Bassil had on Monday held their first meeting since the eruption of the unprecedented popular protests and the fall of the government.