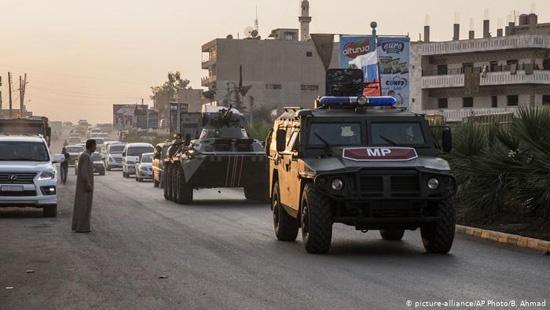 A Russian-Turkish deal to clear Kurdish militia from a planned safe zone in Syria is being fully implemented, Russian Foreign Minister Sergey Lavrov said on Tuesday, according to the Hürriyet Daily News.

Speaking at a news conference in Moscow, Lavrov said there was no reason to look for a “hidden agenda” in the Russian-Turkish agreement.

“I don’t see any reason to search for a hidden agenda in what we agreed with Turkey during the talks between presidents [Vladimir] Putin and [Recep Tayyip] Erdoğan in Sochi on Oct. 22.

“The approved memorandum is ultimately clear and is being fully implemented,” the minister said.

Lavrov criticized the US for “inconsistent actions” in Syria, saying it would be “unconstructive” and “counterproductive” to build a long-term solution in Syria while trying to “keep an eye on Washington.”

“I do not feel today we can negotiate with the US, to be honest.

“The fact that the US claims to have left [northern Syria] and then claims to have returned means that it might claim to leave again tomorrow,” said Lavrov.