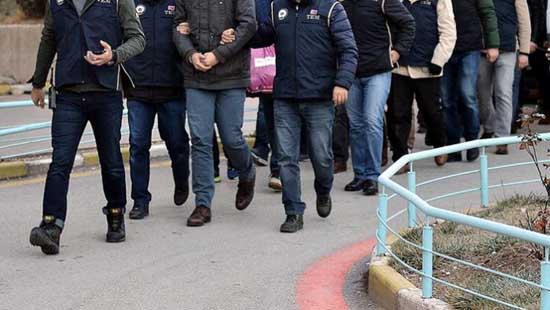 The Ankara Chief Public Prosecutor’s Office on Tuesday issued detention warrants for 164 suspects, including soldiers and scientists, in five separate investigations into followers of the faith-based Gülen movement, which is accused of masterminding a 2016 coup attempt despite its strong denials of any involvement.

Turkey has been conducting a large-scale crackdown targeting the movement, carrying out near-daily mass detentions across the country, since the abortive putsch.

More than 150,000 people were removed from state jobs while in excess of 30,000 others are still in jail and some 600,000 people have been investigated on allegations of terrorism.

The prosecutor’s office said it ordered the detention of 94 people suspected of using ByLock, a smartphone application that was believed to be used among followers of the Gülen movement.

The state-run Anadolu news agency reported that at least 69 suspects were taken into police custody.

In two separate investigations Ankara police detained 26 suspects due to alleged Gülen links after the issuance of detention warrants for 18 former military members and 17 gendarmerie officers.

The prosecutor’s office also ordered the detention of 20 scientists from the Scientific and Technological Research Council of Turkey (TÜBİTAK) and 14 employees of the Health Ministry over Gülen ties.