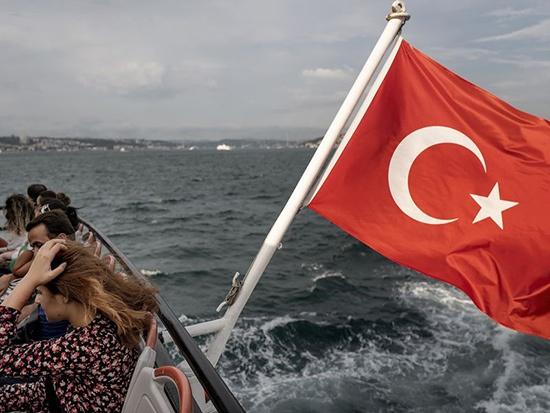 Based near the Aegean coast, Direkci’s SMG Food has stopped borrowing and cut investment as it looks to increase exports, charting a more conservative growth path in uncertain times.

“Pessimism is at an all-time high,” Direkci said by phone. “I am investing less these days and rather focus on paying back all the loans I have withdrawn. I don’t want to make new investments through borrowing any more.”

Uncorked by last year’s currency shock, deleveraging — or debt reduction — has become one constant of an economy adjusting to leaner days after almost a decade of credit-fueled growth. It’s among the biggest challenges to the government’s vision of economic revival, as businesses stock up on cash and repay what’s owed.

The shift explains why cheaper credit may no longer be the potent remedy that once served President Recep Tayyip Erdogan so well. Though state banks have been pumping money into the economy and the central bank has cut interest rates by a full 10 percentage points since July, lending has been slow to take off.

Economists don’t see the trend reversing either, because it’s driven by broader worries about the future.

“The main issue is the lack of confidence in the economy,” said Zumrut Imamoglu, chief economist at Tusiad, Turkey’s largest business group.

Credit in the Turkish lira, adjusted for inflation, grew barely above zero last quarter from the previous three months, when it slumped 3.2%. Fixed-capital investment has contracted for four straight quarters, plunging 7.4% on a calendar and seasonally adjusted basis in April-June 2019.

Since peaking in March 2018, the corporate sector’s hard-currency liabilities have fallen by $32 billion to reach $303 billion at the end of August. Meanwhile, corporate assets in foreign exchange have gone up by $7 billion.

Banks have also been borrowing far less than they’ve repaid. Their debt from abroad dropped by almost a fifth from the end of 2017 to reach $85 billion in August.

Undeterred, Erdogan’s government dramatically increased its target for economic growth to 5% for 2020-2022 after slashing this year’s forecast to near zero. Its success will hinge on the strength of the private sector, investment and exports, with the government again relying on cheaper credit to give the economy a quick kick, instead of the deeper revamp investors have been urging.

“The ambitious 5% GDP growth target and some ongoing measures to stimulate state bank lending could signal a prioritization of short-term growth over more difficult structural reforms with a longer planning horizon,” Fitch Ratings said last week even as it improved the outlook on Turkeys’ sovereign rating.

To grease the flow of credit, authorities have loosened restrictions on the amount of cash banks must put aside as reserves, rewarding those whose loan books grow 10% to 20%.

Besides trying to unlock funds, Turkey has also sought to improve the solvency of the financial system by asking banks to reclassify billions of dollars in loans as non-performing. Even after the reclassification, though, Fitch expects the NPL ratio to keep rising; it is expected to reach an estimated 6.3% by year-end, from 5% in September.

With the exception of state banks, there’s been little payoff so far. Companies have been wary of borrowing even though the average rate on lira loans has fallen to 15.5%, less than half its peak last year. Loan growth on an annualized basis and adjusted for foreign-currency fluctuations is hovering around 10% after briefly touching 20% in April.

“It will be challenging to kick start growth through the credit channel,” European Bank for Reconstruction & Development President Suma Chakrabarti said in an interview. “Corporates and banks are very heavily leveraged compared to 10 years ago. So it’s not going to be easy to stimulate the economy though this mechanism.”

The first signs of a turnaround in lending by private banks have started to appear since September, though it may take until the first quarter of next year to gain momentum, according to VTB Capital. For now, much of the economy remains in pain despite exiting a brief recession earlier this year.

“Everyone is seriously concerned about the future,” said Direkci, the poultry producer. “All players in my sector are trying to survive through chipping away at past savings.”