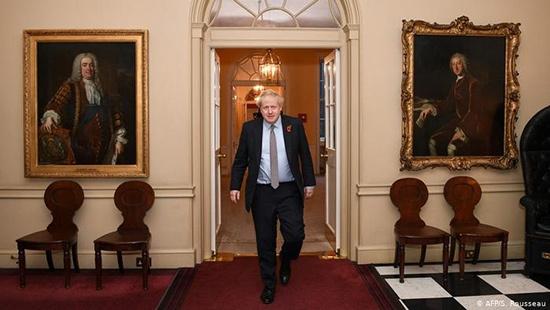 DW- The vote campaign is underway, and it’s likely to be bruising and nasty, with Brexit looming large. Where do the Conservatives, Labour and Liberal Democrats stand on key issues that will also affect ties with the EU?

Just when you thought it was all over. There’s obviously no way of getting around the B-word in December’s election.

Prime Minister Boris Johnson is determined to “get Brexit done,” despite failing to deliver on his promise to leave the EU on October 31. He hopes to win over frustrated leave voters and will highlight the election as a chance to secure Britain’s departure from the EU so it can move on to crucial, and much neglected issues such as education, National Health Service spending and creating a stronger economy once the uncertainty surrounding Brexit is over.

However, the Conservatives’ goal to negotiate a new free trade deal with the EU in just over a year after leaving the bloc is seen as wishful thinking. The EU’s free trade deal with Canada, which many Brexiteers see as a template for the UK, took seven years to conclude. And any deal would need to be agreed upon by all 27 remaining EU states before it could come into force.

The main opposition Labour party has been accused of dithering regarding their stance on Brexit. Labour’s promise to “get Brexit sorted” within six months of winning power has been labeled “fairytale politics” by the Conservatives. In an attempt to reconcile both Labour leave and remain voters, party leader Jeremy Corbyn says he plans to get a better deal with the EU and then offer another referendum on whether to support that deal or leave the bloc.

The Liberal Democrats will try to present themselves as the party of anti-Brexit purism by offering the clear and simple message of stopping and revoking Brexit. Leader Jo Swinson says the message that Britain will be stronger within the EU is resonating with remainers who see the party as the only one with a clear pro-remain policy. Although the Lib Dems still lag behind in the polls, currently at around 19%, there are indications that they could sway Labour voters who are fed up with Corbyn’s inconsistent position on Brexit.

Johnson has espoused his vision of a post-Brexit “Global Britain” at every opportunity — from investing in space missions to boosting shipbuilding and modernizing the Royal Navy.

Still, the UK’s influence on the world stage is expected to wane, not least by leaving the EU at a time when the country’s so-called special relationship with the US is on rocky ground.

In the past, Johnson has said he wants to revisit defense pledges and secure a looser level of cooperation with Europe. The UK is arguably the EU’s strongest defense power, and, alongside France, the only other member state that can boast the “full spectrum” of military capabilities. While details of a post-Brexit relationship remain sketchy, one government source has been quoted as saying that “the future relationship should include a security relationship that will enable the UK and the EU to jointly combat shared threats faced by our citizens domestically and abroad.”

Labour will go on the attack, highlighting that numbers in the armed forces have plunged since 2010, falling consecutively for nine years. The party’s manifesto is expected to repeat its 2017 election commitment to keeping Trident (the UK’s nuclear deterrent) and maintaining UK’s NATO membership. There are concerns, however, both in the UK and the EU, that Corbyn and other left-wingers could backtrack on those pledges should they win the election.

The Lib Dems are set to focus on controlling arms exports and will stress the value of multilateralism and their commitment to NATO and the UN. Their foreign policy spokesman, Chuka Umunna, has said he would not rule out joining the eurozone if the UK were to remain in the EU. He has presented a vision of the unionwith an “economic core” based around Germany and a “defense and security core” led by Britain.

Immigration was key to the Leave campaign’s Brexit referendum vote, and the Conservatives are using that as ammunition to show that they are “taking back” control of who is allowed to enter the UK.

To do that, they would like to introduce an Australian style points-based system to attract skilled workers. However, details remain murky and, having ditched talk of caps for skilled workers and targets for net migration, they will want to avoid specific numbers that could derail their pledge to cut immigration.

Labour wants to loosen immigration controls. At its party conference, Labour voted to “maintain and extend free movement rights” and to reject a system based on migrants’ income and their usefulness to business. The motion did not specify how far it would extend freedom of movement, such as whether it would apply to citizens of countries other than EU states. Labour will play the emotional card by attacking the Conservatives over their perceived lack of compassion toward migrants.

The Liberal Democrats will also pounce on the Conservatives’ apparent disregard for the plight of migrants and refugees. They’ve promised to allow asylum-seekers to work while their claims are being processed and to end income thresholds for migrants coming to join their families.