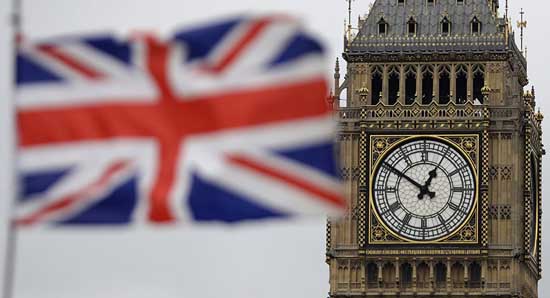 UK Parliament officially announced its dissolution at midnight Tuesday. For the next 25 days, there will be no legislative activity in the UK, and the government will act under a special code of conduct. Here’s how Parliament dissolution works.

The UK Parliament, with three centuries of history, is, like much of the UK, regulated by precisely codified traditions. The way the Parliament works after the dissolution is also subject to those long standing traditions.

Under current legislation, the UK must hold a general election every five years, electing the entire Parliament, unlike many other nations, in which only a part of a governing body is replaced. This means the Parliament was supposed to have been reelected in 2022. Due to the Brexit impasse, however, on 29 December, the UK parliament announced a snap general election to be held on December 12.

UK Prime Minister Boris Johnson has repeatedly called for an early election in order to break the deadlock over his renegotiated Brexit deal, which has been in limbo since last week. The lack of Parliament approval prevented the country from leaving the bloc on October 31, against the government’s wishes, and led to the EU granting an extension until January 31.

A memo published on Parliament’s website explains that the dissolution happens 25 days prior to a general election, always at midnight. The end of the parliamentary session is called a “prorogation,” a word that came into media spotlight after Johnson’s botched attempt to dismiss Parliament in August.

When dissolution is declared, all members of the House of Commons must vacate their seats, all business in the House comes to an end, and MPs stop representing their constituencies. For the next 25 days, there will be no Member of Parliament in the UK.

Former MPs who seek reelection into the next Parliament must again stand as candidates, the memo clarifies.

The Speaker of the House stops being an MP as well, but retains responsibility for managing the House of Commons until elections take place.

Normally, a new Speaker is elected along with the rest of the House, but, this year, the Speaker was elected early, as John Bercow – the man famous for his trademark “order!” call – announced his resignation on 9 September and left office on 4 November. Lindsay Hoyle was elected as the new Speaker on the same day.

Members of the House of Commons are allowed to enter the premises of the Parliament for a few days to clear out their offices, the memo says.

Ministers and The Government

Dissolution of Parliament does not remove Ministers from their offices, as a ministerial title is independent from being an MP, the memo says. The only difference is that Ministers who were also MPs can no longer use the letters “MP” in their titles.

Accordingly, the entire UK government continues to act just as it did before.

The period between the Dissolution of the Parliament and the election of a new one is known in the UK as a “period of sensitivity” or “purdah.”

During this period, Ministers are expected to “observe discretion” in announcing new initiatives, especially long-term ones. It does not prevent them from campaigning as members of their parties. They should not, however, use their departmental resources to benefit any political party.

Government civil servants are issued General Election Guidance – a lengthy document containing rules of conduct during the 25-day period prior to elections. During this period, government staff is largely forbidden from doing anything that would be viewed as supportive toward any political party or do anything that would result in political controversy. The document puts great emphasis on principles of impartiality and objectiveness.

The guidance also covers official social media and blogs, saying that only social media that provides factual data, such as transport delays, should be updated, while all that may be perceived as comments on policy should be withheld.