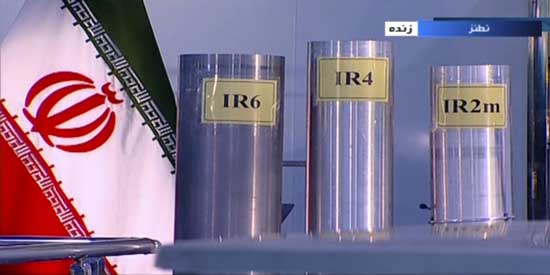 Iran has stepped up work at its underground Fordow nuclear facility, state TV reported on Nov. 6, a move France said showed for the first time that Tehran explicitly planned to quit a deal with world powers that curbed its atomic work.

Russia also voiced alarm at Iran’s decision to start injecting uranium gas into centrifuges at Fordow, a move that further distances Iran from the accord. A central aim of the agreement was to extend the time Iran would need to build a nuclear weapon, if it chose to, to a year from about 2-3 months.

The deal bans nuclear material from Fordow, and with the gas entering its centrifuges the facility will move from a permitted status of research plant to being an active nuclear site.

A spokesman for Iran’s Atomic Energy Organization, Behrouz Kamalvandi, however told state TV later that the injection of uranium gas would start at midnight (2030 GMT).

“We have put the 2,800 kg cylinder including 2000 kg uranium hexafluoride (UF6) that has been put in Fordow … The centrifuges there will enrich uranium up to 4.5% level,” Kamalvandi said.

“Iran’s 4th step in reducing its commitments under the JCPOA (the 2015 nuclear deal) by injecting gas to 1,044 centrifuges begins today. Thanks to U.S. policy and its allies, Fordow will soon be back to full operation,” Rouhani tweeted.

“I think that for the first time, Iran has decided in an explicit and blunt manner to leave the JCPOA (nuclear) agreement, which marks a profound shift,” said Macron, who has been at the forefront of European efforts to salvage the deal after the United States withdrew from the agreement.

In Moscow, Russian Foreign Minister Sergei Lavrov said events unfolding around the nuclear deal were extremely alarming and called on Iran to fulfill the terms of the deal.

But he added that Moscow understood why Tehran was cutting back on its commitments, and blamed the situation on the U.S. decision to pull out of the pact.

Iran agreed in 2015 to turn Fordow into a “nuclear, physics and technology centre” where 1,044 centrifuges are used for purposes other than enrichment, such as producing stable isotopes, which have a variety of civil uses.

Last year, U.S. President Donald Trump exited the deal and said it was flawed in Iran’s favour. Washington has since renewed and intensified its sanctions, slashing Iran’s economically vital crude oil sales by more than 80%.

Responding to Washington’s “maximum pressure” policy, Iran has bypassed the restrictions of the deal step-by-step – including by breaching both its cap on stockpiled enriched uranium and on the level of enrichment.

“Iran has taken its fourth step to decrease its nuclear commitments to the deal in reaction to the increased U.S. pressure and inactivity of European parties to the deal to save it,” state TV added.

In Vienna, the IAEA, the U.N. nuclear watchdog, said its inspectors are on the ground in Iran and will report back on relevant activities.
Iranian authorities also said on Nov. 5 that Tehran will enrich uranium to 5% at Fordow, which will further complicate the chances of saving the accord, which European powers, Russia and the European Union have urged Iran to respect.

The agreement capped the level of purity to which Iran can enrich uranium at 3.67 percent – suitable for civilian power generation and far below the 90% threshold of nuclear weapons grade. Iran denies ever having aimed to develop a nuclear bomb.

Iran said on Nov. 4 that it had accelerated enrichment by doubling the number of advanced IR-6 centrifuges in operation, adding that it was working on “a prototype called the IR-9, which works 50-times faster than the IR-1 centrifuges”.

The deal, under which international sanctions against Iran were lifted, was tailored to extend the time Iran would need to gather enough fissile material for a nuclear bomb – sometimes callled the “breakout time” – to about a year from 2-3 months.

Iran has given another two-month deadline to Britain, France and Germany to salvage the deal. Leaving room for diplomacy, Tehran says talks are possible if Washington lifts all the sanctions and itself returns to the nuclear deal.