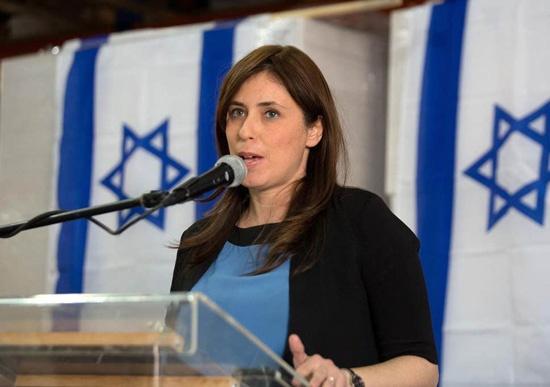 The deputy Israeli foreign minister on Wednesday said Israel was assisting Syrian Kurds victimised by Turkey’s offensive and advocating for them in talks with Washington.

Turkey last month launched on offensive in northern Syria targeting the U.S.-backed Syrian Kurdish People’s Protection Units (YPG). The operation followed the withdrawal of 1,000 U.S. troops from northern Syria in early October, leaving the group, which had spearheaded the U.S.-led battle against the Islamic State (ISIS), to fend for itself.

“Israel has received many requests for assistance, mainly in the diplomatic and humanitarian realm,” Retuers quoted Tzipi Hotovely as saying referring to Syria’s Kurds. “We identify with the deep distress of the Kurds, and we are assisting them through a range of channels.”

Hotovely’s statement arrives as Israeli Knesset is scheduled to have a discussion on the state of the Kurds in Northeast Syria for the first time since the Turkish offensive.

According to the UN’s estimates, some 180,000 people were displaced during Turkey’s nine-day incursion into northern Syria.

In “dialogue with the Americans…, we state our truth regarding the Kurds…and we are proud of our taking a stand alongside the Kurdish people,’’ Hotovely went on to say.

Israel endorses the establishment of a Kurdish state and has maintained ties with Kurds, who are scattered throughout Turkey, Syria, Iran and Iraq, for decades.

“Israel indeed has a salient interest in preserving the strength of the Kurds and the additional minorities in the north Syria area as moderate and pro-Western elements,” Hotovely said.

Pointing out that the collapse of the Kurdish hold in northern Syria is a dangerous scenario for İsrael, the deputy foreign minister said such development would bolster negative elements in the area headed by Iran.