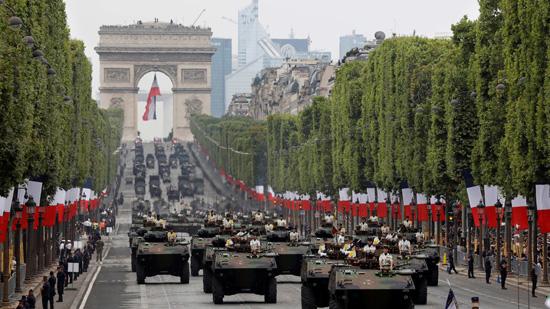 By calling NATO braindead and criticizing the US’ role in the alliance, Emmanuel Macron has shown a desire for European military independence but the political reality works against his will, analyst John Laughland told RT.

“Macron is very confused, like many European leaders. He wants things which are incompatible,” Laughland told RT.

He is naturally disposed to be pro-American. He comes from the Atlanticist elite of France. But he is horrified of Trump.

The French leader earlier told the Economist that NATO is experiencing “brain death,” as member states cannot fully rely on the US to follow the bloc’s collective interests, and Europe needs to regain military sovereignty to fix that.

“The words Macron is using are interesting but I don’t understand how he expects to implement them,” Laughland said, noting that Macron has to deal with too many obstacles in order to achieve tangible military independence from Washington.

“NATO is a legal and political reality. There are American bases all over Germany, Britain and Italy. What is Macron going to do about them? The physical presence of the bases is itself an expression of Europe’s lack of independence. It’s not something you can change just like that.”

Another hurdle standing in the way of the French president’s ideas is the fact that the diminished state of the armies of Europe is “completely inadequate” for independent posturing, the analyst argued.

Talking to the Economist, Macron lamented US President Donald Trump’s abrupt decision to pull American troops from Kurdish-populated areas in northern Syria in the wake of a Turkish invasion last month. Trump ostensibly did this without consulting with other NATO countries.

Laughland believes the way the bloc was built may have prompted Turkey to act so forcefully in Syria in the first place.

“When you have a permanent alliance, it can create irresponsibility among its members because they think they can act with the unconditional backing of NATO. Turkey thinks it can do what it likes because it thinks it has NATO behind it.”

Ankara launched a campaign in Syria to drive the Kurdish forces, which it considers a terrorist group, away from its border. However, global human rights groups reported that Turkish troops and allied Syrian paramilitaries have been committing atrocities against the Kurdish population.

Some European politicians, including EU foreign affairs chief Federica Mogherini, warned that the Turkish invasion can spark the resurgence of Islamic State (IS, formerly ISIS/ISIL) in the region.