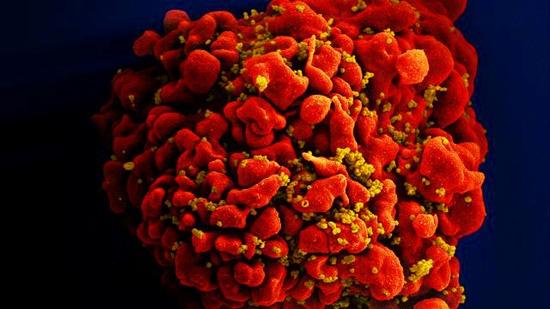 US researchers have identified the first new strain of HIV since the year 2000, further expanding our knowledge of the extraordinarily complex virus.
The newly discovered substrain falls within the same type behind the global HIV pandemic that kicked off in 1981. In order for a new subtype to be declared, at least three cases must be detected and verified independently of each other.
In this instance, the first two were discovered in the Democratic Republic of the Congo in 1983 and 1990 respectively. The third sample was found later in 2001 as part of a study targeting mother-to-child transmission of the disease.
“There’s no reason to panic or even to worry about it a little bit,” Dr Anthony Fauci, director of the National Institute of Allergy and Infectious Diseases, said. “Not a lot of people are infected with this. This is an outlier.”
Scientists began studying this third sample in order to map it and provide thorough evidence for a third strain, in a process described as being “like searching for a needle in a haystack,” and then “pulling the needle out with a magnet.”
It is as yet unclear whether this subtype acts differently from other subtypes of the virus but current treatments can fight this new strain so there is no major cause for concern, it is merely another step in finding a cure for the disease.
“This discovery reminds us that to end the HIV pandemic, we must continue to outthink this continuously changing virus and use the latest advancements in technology and resources to monitor its evolution,” said the study’s co-author Dr Carole McArthur from the University of Missouri, Kansas City.
At present, more than 37 million people live with HIV worldwide, the most on record, with some 1.8 million new infections diagnosed in 2016 alone.
However, Michael Worobey, head of the department of ecology and evolutionary biology at the University of Arizona says the latest revelation is actually not that big of a deal given that the new subtype belongs to the most common form of HIV which accounts for roughly 90 percent of all cases.
“It’s actually misleading to describe genetic diversity from the [Democratic Republic of] Congo as a new subtype because the only useful meaning of the term ‘subtype’ would come from identification of a lineage of the virus that has spread significantly beyond Central Africa,” he said.
RT