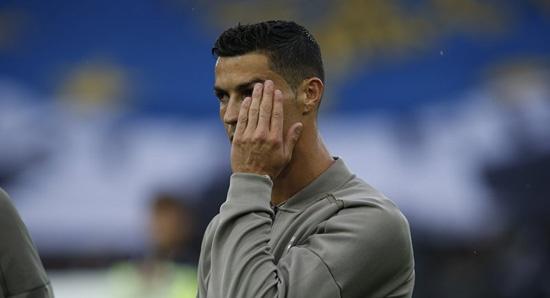 The Portuguese forward was sent off the pitch in the 82nd minute of the match between the Italian club Juventus and Moscow’s squad Lokomotiv. However, a seemingly emotional exchange with his coach Maurizio Sarri led some to conclude that he was not eager to leave.

Juventus manager Maurizio Sarri has downplayed Cristiano Ronaldo’s reaction to being substituted at the end of the Champions League match against FC Lokomotiv Moscow, saying that a minor injury was to blame.

“Ronaldo was angry because he wasn’t very well, he had a knee problem a few days ago and his adductor got tired. At the end of the first half, he was nervous. I was afraid he would hurt himself and I preferred to take him off”, Sarri said, as cited by the outlet Goal.com.

The Portuguese star was sent off the field for Paulo Dybala at the end of the second time, eight minutes before regular time was to end. On his way to the bench, the star striker was spotted engaging in an emotional exchange with the team boss, which made some conclude that he was frustrated and did not take this well.

Not only did this mark the first time that Ronaldo has failed to spend 90 minutes in a Champions League match since February 2016, but he also missed an opportunity to set a new record for scoring against the most clubs in the league. While he left the pitch with the score 1-1 at the time, Juventus substitute Douglas Costa later managed to deliver a stoppage-time strike. The victory secured three points for Juventus, allowing them to advance to the knockout stages.