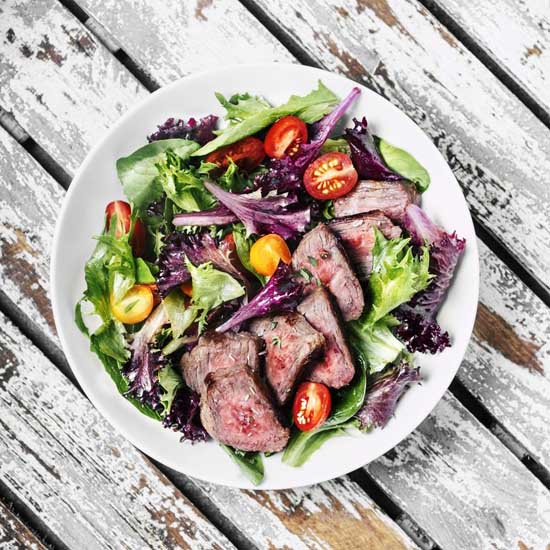 Everything you need to know about the traditional diet said to combat candida.

Cutting major foods out of your diet isn’t always a viable option, and more often than not restricting vital food groups also puts your health at serious risk. But unlike fad diets such as keto, going yeast-free has been around for longer than you might think and comes with some surprising health benefits.

In traditional Jewish communities celebrants have been eating unleavened bread without yeast during Passover every April for centuries. This is to remind themselves of the biblical story when the Jews fled Egypt and were unable to wait for their bread to rise.

Traditions aside, cutting yeast out of your diet does come with some proven health benefits, particularly when it comes to treating candida. Dietitian Nigel Denby explores the yeast-free diet and recommends a manageable eating plan:

Why go on a yeast-free diet

Today the most common reason for avoiding yeast products is to reduce or eliminate symptoms of a condition known as candida overgrowth, which can cause yeast infections in the mouth, gastrointestinal and urinary tract.

‘Candida albicans, a species of yeast, occurs naturally in the body and is normally kept under control by the immune system,’ explains Dr Louise Selby, a GP based in Guildford. ‘Unfortunately, in some people the immune system can be compromised and it can move through the body causing a multitude of symptoms.

‘One theory about why this might happen is the overuse of broad spectrum antibiotics, which kills good microflora in the gut, leaving a vacancy for candida and other harmful bacteria to populate,’ Dr Selby adds. ‘It has also been linked to excessive stress or hormone imbalance.’

One of the most common signs of candida overgrowth is thrush, which can appear in the mouth or the genital region. The condition affects mainly women, but thrush can affect men too – estimates are 60 per cent women, 20 per cent men and 20 per cent children.

According to Dr Selby: ‘Symptoms of oral thrush include white patches, which can often be wiped away, leaving red sore tissue behind, loss of taste and a painful burning sensation in the mouth.

‘Thrush in women may cause a creamy white discharge and discomfort when passing water or during sex,’ says Dr Selby. ‘Thrush in both men and women is usually treated with an antifungal cream.’

The most common sign of candida is thrush, which can appear in the mouth or the genital region.

Other symptoms include joint pains, fungal infections of the nails and skin such as athlete’s foot, weight gain or weight loss, ear infections, chronic flatulence, diarrhoea and constipation.

Candida overgrowth can cause such a wide range of symptoms throughout the body because the microbe is always present on the skin, on mucous membranes like the mouth and throughout the digestive tract, releasing harmful chemicals into the gut.

❗️ In severe cases, the fungi produces stringy structures called rhizoids which can penetrate through the gut wall and get into the bloodstream, having an effect on many systems in the body including, it is thought, the immune system.

Does a yeast-free diet eliminate candida?

Many sufferers of candida say they get relief from symptoms if they avoid foods that contain yeast.

Planning and a degree of willpower are critical with any exclusion diet. Focus on what you can eat rather than mourning over forbidden foods.

Your new diet will be based on unprocessed foods, simply cooked and flavoured with herbs and spices. Steer clear of pre-packaged foods and bottles.

What can I eat on a yeast-free diet?

You can eat the following foods on a yeast-free diet:

What should I avoid on a yeast-free diet?

You should avoid the following foods on a yeast-free diet:

As well as various forms of sugar you also need to avoid all sweeteners, including dextrose, fructose, maltose, glucose, sorbitol, aspartame and other food additives like MSG, malt, flavourings and preservatives added to canned and packaged foods.

Stick to the diet for twelve weeks then you can start re-introducing restricted foods. Start with fruits that contain small amounts of sugar, such as blueberries and melon. Then gradually re-introduce other ingredients like wheat and vinegar.

These recipes will help to keep you going – make them in bulk and keep a stock in the fridge or freezer: