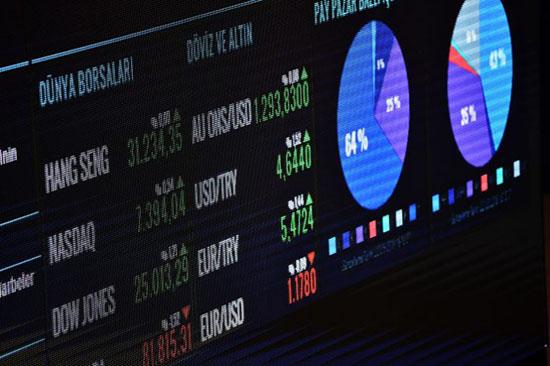 SYDNEY/TOKYO (Reuters) – Asian stocks retreated from six-month highs on Friday as conflicting signals from China and the United States on progress made in trade talks deflated market hopes of a near term truce to end their damaging tariff war.

In a sign of the anxiety, the pan-region Euro Stoxx 50 futures and German DAX futures eased 0.35% each in early European trading while London’s FTSE futures slipped 0.24%.

The moves contrast with Thursday’s surge of optimism in global markets on news Beijing and China have agreed to roll back tariffs on each others’ goods as part of the first phase of a trade deal.

Multiple sources familiar with the talks said the plan faced fierce internal opposition at the White House and from outside advisers.

Worries the pact could fall apart as there was still no specific agreement for a phased rollback prompted some investors to sell heading into the weekend.

Tokyo’s Nikkei, which earlier in the day climbed to a 13-month high, gave up some of the gains to be last up 0.26%. Chinese shares also reversed course from earlier gains with the blue-chip index flat. Hong Kong’s Hang Seng index slipped 0.6%.

“The noise coming from Washington DC was not quite so upbeat, with reports of conflicts amongst White House advisors on the merits of the plan,” said Jeffery Halley, senior market analyst at OANDA.

“That said, despite the lack of detail and a concrete timeline for even signing an interim trade deal, progress does at least appear to be being made. As ever, the caveat here is the unpredictable nature of the White House.”

In commodities, prices for livestock and grains, which have been highly sensitive to any the trade tensions, were subdued across the board.

Soybean futures were little changed on lack of follow-through interest after rallying as much as 1% on Thursday.

Prices of lean hogs, which are expected to be in high demand in China amid a deadly swine fever outbreak, also managed only modest gains before settling near recent lows on Thursday.

As investors wound back their buying in safe assets, the 10-year U.S. Treasuries yields jumped to 1.9730% on Thursday to a three-month peak, and last stood at 1.9069%.

Moves in the currency market were restrained.

The offshore yuan traded at 6.9779 yuan per dollar, slipping away from a three-month high of 6.9530 per dollar in U.S. trade on Thursday.

That left the dollar index unchanged at 98.117 after hitting three-week highs of 98.236 on Thursday.