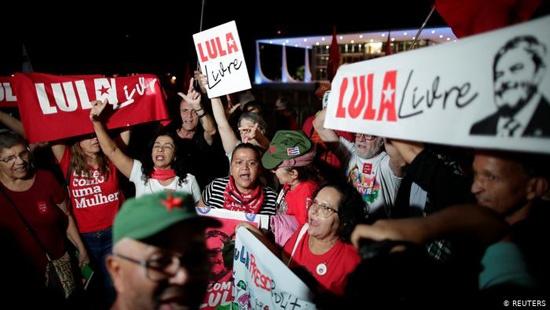 In 2016 Brazil’s Supreme Court ruled that defendants who failed a first appeal could be imprisoned. Now judges have overturned this, with potentially far-reaching consequences for Brazilian politics.

Brazil’s top court delivered a ruling Thursday that could lead to former president Luiz Inacio Lula da Silva being released from jail along with nearly 5,000 other prisoners.

The Supreme Court decided in a 6-5 vote that a person can only be imprisoned once all appeals to higher courts have been exhausted.

The Brazilian Bar Association argued that the mandatory prison rule violated the constitution by not respecting the presumption of innocence throughout the appeals process.

The judgement looks set to benefit Lula, as the former president is known, and others top politicians and business leaders who were caught up in the extensive “Car Wash” corruption investigation and who are still appealing.

The ruling set a new precedent for Brazil’s top court, which in February 2016 accepted that defendants whose convictions are upheld may be jailed even if their other appeals are pending.

Lula’s lawyers said they would seek his immediate release by the lower court that convicted him.

However, prosecutors from the Car Wash investigation said the ruling “goes against the sentiment of repudiating impunity and the fight against corruption” and would make their job more difficult.

Da Silva was jailed in April 2018 for corruption and money laundering. He has denied any wrongdoing, accusing prosecutors of political persecution and of preventing him from returning to office.

He governed Brazil as leader of the leftist Workers Party from 2003-2010.