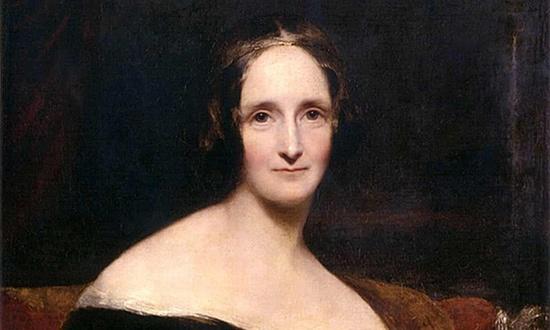 Her letters show that the author turned to women after her husband’s death. It’s an important insight into intimate history – and an inspiring example

‘I was so ready to give myself away’ … Mary Shelley. Photograph: Alamy

Mary Shelley is a queen. Daughter of modern feminism’s founder, Mary Wollstonecraft, and the radical thinker William Godwin, this rebellious woman wrote one of the earliest and most influential gothic horror novels: Frankenstein. Published in 1818, when Shelley was just 20 years old, it remains a work of genius that can still horrify readers with the depths of man’s depravity and pursuit of knowledge at all costs. It is also a novel that places love, and the desire for love in its absence, at the heart of life. For this, and many other reasons, Shelley has become an idol for those whose souls search for belonging in dark times.

She’s also someone who I thought couldn’t really become any cooler. After all, this is the woman said to have married her lover, Percy Bysshe Shelley, after losing her virginity to him at the graveside of her mother. And then, after he drowned in a storm in 1822, carried his calcified heart – the only thing to survive his cremation – with her, wrapped in a silk shroud, until her death in 1851. (It was found in her desk, wrapped in the pages of one of his last poems.) But this week, Fiona Sampson, author of In Search of Mary Shelley, taught me something new: Shelley was bisexual.

When I tweeted the quote above, revelations flooded in thick and fast. Jonathon Green, one of our most important historical lexicographers, was able to tell me that “tuzzy-muzzy” as slang for the vagina dates back to 1642. There are also stories of Shelley having a love affair with Jane Williams not long after Percy’s death. She was also instrumental in procuring fake passports for two friends, Isabel Robinson and Mary Diana Dods, to flee to Paris and live there disguised as man and wife.

It wasn’t unusual for women to live or travel together at this time, so they didn’t need to disguise themselves. Rather, there may have been more at play here in terms of sexual and gender identities than you might expect to find in 19th-century history. Which is why it matters that we recognise that Shelley, by her own admission, was bisexual.

As soon as I sent out my tweet, amongst the celebration and excitement that others shared came a consistent push back. Some people saw the acknowledgement of Shelley’s bisexual life as crude and unnecessary, something that detracts from her achievements as a writer.

We know that a socially conditioned, deep and destructive self-loathing is still often suffered by those who grow up knowing that to be gay, queer, trans, bisexual, or anything other than heterosexual, has historically been seen as evil and wrong. What I have found time and again in the archives, is incredible evidence of queer lives being lived throughout the centuries. In the 1880s, science and medicine perfected pathologising sexuality and defined anything outside heterosexuality as a mental disease. But before this, sex, love and identity were very much individual choices. Shelley’s admission that she turned to women for sexual gratification shows us that to her, and many like her, sexuality did not fit the binary boundaries we have projected on to those in the past – and ourselves today. Acknowledging Shelley’s sexuality is very important for bi-visibility, something we still struggle with. But bi-history is everywhere, and now it has a new icon. Long may she reign.