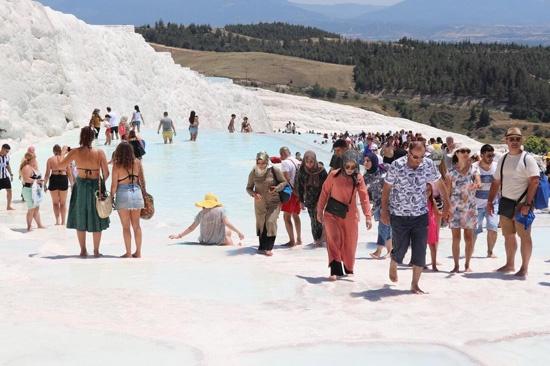 Domestic tourism expenditures in Turkey soared 45.8 percent on an annual basis in the second quarter of this year, the Turkish Statistical Institute (TÜİK) said on Nov. 7.

The average expenditure per trip was 556 Turkish liras (some $94) between April and June.

“Domestic trips with one or more than one overnights increased 2.7 percent compared to the same quarter of 2018 to reach 19.3 million trips,” it said.

The top purpose for trips was visiting relatives, accounting for a 64.9 percent share, followed by travel, leisure, and holiday with 26.6 percent, and health at third with 3.4 percent.