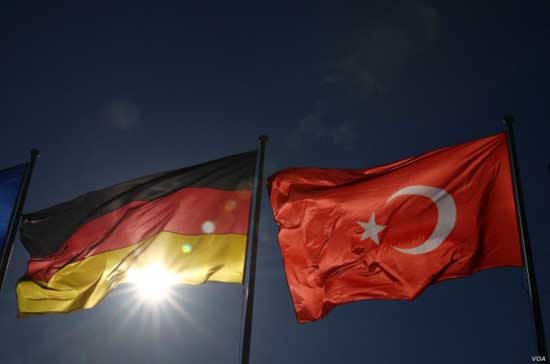 Interpol has issued 1,252 blue and red notices to the German Interpol office at Ankara’s request since a failed coup in Turkey in July 2016, Deutsche Welle Turkish service reported on Thursday.

The number was released by the German government upon a parliamentary inquiry submitted by left-wing MP Andrej Hunko.

Of the 1,252, 1,168 were Red Notices that request arrest and extradition, and 84 were Blue Notices, which seek verification of identity, criminal record details or location of a person who is missing or wanted for violation of the law.

Speaking to DW, Hunko said the figure represents a new record indicative of Ankara’s abuse of the Interpol system to silence its critics.

Hunko added that Ankara’s abusive actions are in violation of Article 3 of Interpol’s constitution, which strictly forbids the organization from undertaking any intervention of a political character.

Over the past few years people have been arrested in several European countries due to Red Notices issued by Interpol at the request of the Turkish government.

In 2017 the brief arrest of German-based writer Doğan Akhanlı in Spain led to a heated debate surrounding Turkey’s role in the Interpol system.

In September of this year 54-year-old İsmet Kılıç from the city of Duisburg was apprehended at the Croat-Slovene border while on his way back from a vacation in Italy with his family. He was held under arrest in Slovenia for 82 days on a Red Notice sought by the Turkish government and issued by Interpol, despite having been granted political asylum in Germany due to a prison sentence he received in Turkey.

“Maybe there is no such danger in Germany, but Turkish officials have abducted people in other countries,” he told DW. On Monday Turkish Interior Ministry spokesperson İsmail Çataklı said Interpol has so far rejected 646 Red Notice requests from Turkey.