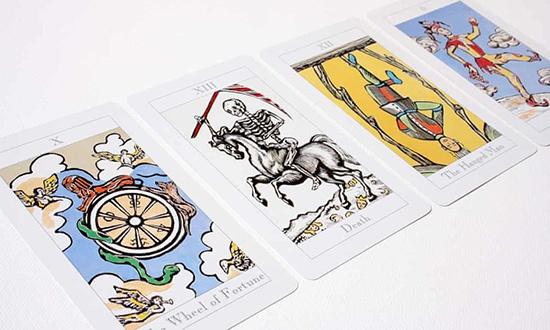 Customers marvelled at my psychic abilities but was that really what was going on when I told their fortune?

The man was agitated, with red-rimmed eyes and clammy skin.

At first it was just flickering lights, he said. And then a figure, at the edge of his vision. Now something grabbed his fingers or stroked his arm. There was more – and it was happening more frequently.

Yes, yes I could. I knew exactly what he needed to do.

I was a fortune teller. Every Sunday, I climbed the stairs of an old terrace house in Sydney’s historic Rocks district, to sit in the attic and divine the future. I would read Tarot cards or interpret horoscopes.

As a teenager, I’d devoured a book called Positive Magic. An instruction manual for witches, its central idea was that if you wanted something, and you had good intentions, you just told the universe and magic would happen. Although nothing I wanted (fame, money, hot boyfriend) actually arrived, one thing led to another and I taught myself to read Tarot cards. At the time I was a science student, and just considered it a fun game at parties.

That changed after I took my cards to my part-time job and read them for a colleague during the break. She picked the card for pregnancy, which we laughed about, because she wanted her tubes tied.

A week later she said, “Guess what the doctor told me this morning?”

She was pregnant, and I was officially psychic.

Deciding to develop my gift, I enrolled in a psychic class, where I learned to say the first thing that popped into my head. “Your first thoughts are the most psychic ones, before your rational mind interferes,” said the teacher.

I also learned that all things are connected, and everything is a symbol of something else. Suddenly, I saw signs and omens everywhere.

To test my new skills, I volunteered to be a clairvoyant at the spiritualist church. Congregants would place a flower on the table, and the clairvoyants would choose one and “read” it at the microphone. Nervous, the first thing I grabbed was a packet of silver foil. The rose inside had been packed so tightly, its petals were crushed. I didn’t get a single vibe from it, so I just described the symbolism.

“You are feeling battered and bruised,” I said.

Afterwards, a woman approached and said she was a victim of domestic violence, and what should she do?

I was only 19 and had no idea, but my psychic reputation soared. The attention was intoxicating.

Then the universe told me I wasn’t cut out for science, by sending me my second-year results. I dropped out to pursue theatre and also signed up for a one-year course at the Sydney Astrology Centre, a cavernous commercial building in a seedy part of town.

The course began with the meanings of the zodiac, from Aries to Aquarius. Then the luminaries; the sun (what you will become), the moon (what you brought into this life) and planets. After that, how to calculate planetary positions and cast horoscopes.

Although astrologers use Nasa data for their calculations, horoscopes aren’t a true map of the heavens. The Babylonians who invented astrology believed the sun rotated round the Earth; modern astrologers still use Earth-centred charts, as if Copernicus had never existed. That’s only the start of the scientific problems.

The astrological meanings themselves derive from a principle called sympathetic magic, where things that look alike are linked together. Mars looks red, so it rules red things like blood. How do you get blood? You cut, so Mars rules surgery and war.

You forecast by combining meanings with planetary movements. Say Saturn, planet of restrictions, is about to transit the First House of self – your life will contract! You’re going to get more responsibilities than usual. Or maybe you’ll be denied the chance to take on more responsibilities. Or maybe a cold, critical person will come into your life. But anyway, it’s a good time to go on a diet.

I loved it, though I was losing interest in other mystical practices. Partly I didn’t have time, because I was now immersed in theatre while working as a temp typist at St Vincent’s, a Catholic hospital. But as I bounced from one department to another, my views changed. I’d understood organised religion to be something between an embarrassment and an evil. Yet as Aids did its dreadful work – this was the 1990s – I watched nuns offer compassionate care to the dying. Christian volunteers checked on derelict men with vomit down their clothes. I became uncomfortably aware that New Agers do not build hospitals or feed alcoholics – they buy self-actualisation at the cash register.

Finally, I was accepted into a music degree and my days filled with classes, my nights with rehearsals. This caused a cash crisis, because I could only do office work during academic holidays. When I saw the ad for a fortune teller, I pounced.

My credentials impressed the man on the counter (“My name is Ron,” he said. “My spirit guide is Blue Star. He’s on the intergalactic committee”) and I was hired.

We charged A$50 an hour, a significant sum at the time, and I wanted to offer value. No fishing for clues from me – I printed a horoscope or laid the cards and started interpreting immediately, intending to dazzle the customer with my insights.

Half the time, though, I couldn’t get a word in. It turned out what most people want is the chance to unload for an hour.

The range of problems faced by people who can afford $50 for fortune telling turned out to be limited: troubles with romance, troubles at work, trouble mustering the courage for a much-needed change. I heard these stories so often I could often guess what the problem was the moment someone walked in. Heartbroken young men, for example, talk about it to psychics, because it’s less risky than telling their friends. Sometimes I’d mischievously say, “Let her go. She’s not worth it,” as soon as one arrived. Once I heard, “Oh my God, oh my GOD!” as an amazed guy fell backwards down the stairs.

I also learned that intelligence and education do not protect against superstition. Many customers were stockbrokers, advertising executives or politicians, dealing with issues whose outcomes couldn’t be controlled. It’s uncertainty that drives people into woo, not stupidity, so I’m not surprised millennials are into astrology. They grew up with Harry Potter and graduated into a precarious economy, making them the ideal customers.

What broke the spell for me was, oddly, people swearing by my gift. Some repeat customers claimed I’d made very specific predictions, of a kind I never made. It dawned on me that my readings were a co-creation – I would weave a story and, later, the customer’s memory would add new elements. I got to test this theory after a friend raved about a reading she’d had, full of astonishingly accurate predictions. She had a tape of the session, so I asked her to play it.

The clairvoyant had said none of the things my friend claimed. Not a single one. My friend’s imagination had done all the work.

Yet sometimes I could be uncannily accurate – wasn’t that proof I was psychic? One Sunday, I went straight from work to a party, before I’d had time to shuck off my psychic persona. A student there mentioned she wasn’t sure what to specialize in – photography, graphic design or maybe industrial design?

“Do photography,” I said.

She looked at me, wide-eyed. “How did you know?” she said, explaining photography was her real love, but her parents didn’t approve.

I couldn’t say, “because my third eye is open”, so I reflected for a moment. Then it hit me. “You sounded happier when you said ‘photography’,” I said. My psychic teacher was right – the signals we pick up before conscious awareness kicks in can be accurate and valuable.

Well, maybe I wasn’t psychic, but it didn’t matter. It was just entertainment, after all, until the cursed man came in. The one who’d seen the Catholic priest.

That very week, I’d typed letters for a neurologist who specialized in brain diseases. Some of those letters had documented strikingly similar symptoms to this man.

“Are you saying I’m crazy?” he said, his hands balled.

“No,” I reassured him. “But Catholic priests know what they’re doing. If he couldn’t help, this isn’t a curse.”

That made the man angrier.

“You’re a fraud!” he shouted, and stormed downstairs to demand his money back.

The encounter shook me, badly. Shortly afterwards, I packed my astrology books and Tarot cards away for good.

I can still make the odd forecast, though. Here’s one: the venture capital pouring into astrology apps will create a fortune telling system that works, because humans are predictable. As people follow the advice, the apps’ predictive powers will increase, creating an ever-tighter electronic leash. But they’ll be hugely popular – because if you sprinkle magic on top, you can sell people anything. 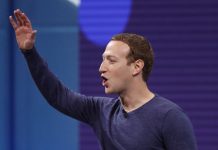 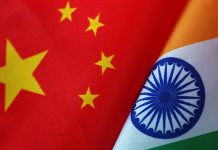