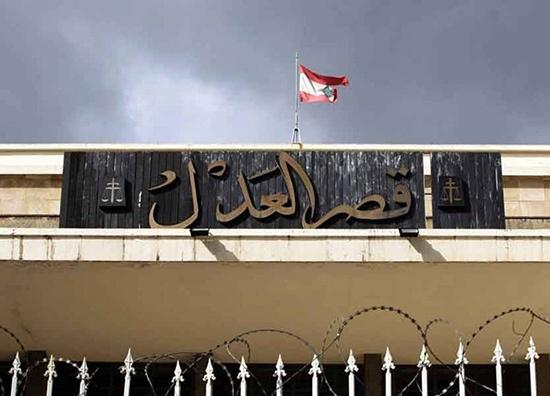 BEIRUT: While one may find themselves jogging their memory to recall Lebanon’s seemingly ever-shifting political post-war alliances, remembering the names of the country’s politicians will render itself a much easier task – they’ve been largely the same for thirty years.

While the international donor community holds their breath as their 11 billion USD in CEDRE funds are dangling just out of the Lebanese government’s arm’s length, and an impending sense of economic doom looms in the distance, millions of protestors have flooded the streets in a display of social dynamism and cohesion that disproved the accepted “given” of a divided, sectarian, Lebanese civil society. At the core of protestor’s demands? Combating corruption.

In-part due to political instability, Lebanon has failed to establish necessary integrity frameworks to fight corruption. Lebanon’s confessional power-sharing structures provoke quid-pro-quo arrangements, and patronage networks, in the public sector, having dire ramifications on the plummeting economy, and Lebanon at-large.

While the national anti-corruption campaign gained traction, it has been highly politicized in the past few years. The campaign has only tackled two corruption cases since 1992. With parliamentarians floating comfortably above the law, prosecution of the President and Ministers requires the consent of the Supreme Council for the Trial of Presidents and Ministers, comprised of eight senior Lebanese judges, and seven deputies chosen by the parliament.

Dr. Paul Morcos, Attorney at Law, Legal Consultant, and University Professor, told Annahar that the legal framework to address corruption is present, with an entire chapter of the Lebanese penal code dedicated to addressing crimes related to bribery and public funds embezzlement, and law 44-2015 addressing money laundering and terrorist financing.

“We have the laws, they exist, but they need to be reformed. They need to be updated and renewed to address new challenges,” Morcos told Annahar.

Morcos went on to distinguish between verbal public approval, and legal consent, of political leaders in addressing the fight against corruption.

“Perhaps most importantly, we have to have the political will to fight corruption. Despite having the verbal, publicly proclaimed, approval of political leaders, we don’t have their legal consent yet. You can’t act consistently in the judiciary if politicians are against fighting corruption while publicly claiming they are with fighting corruption,” Morcos told Annahar.

Morcos insists that a law originating in the judiciary, and passed by parliament, is necessary to maintain the independence of the judicial body.

“We need a law to preserve and maintain the independence of the judiciary and such law should be originated from the judiciary committee and voted on in parliament. However, said ‘corrupt’ politicians will likely have no interest in passing such as law, as they have an incentive to keep their interests isolated,” Morcos told Annahar.

Morcos recommends legislation be put in place to eliminate conflict of interest post-judgeship mirroring that of the United States of America and the United Kingdom. The former disallowing employment after the Supreme Court in the event of retirement (justices serving lifelong appointments), while the latter implements a Supreme Court judge retirement age of 70 with no explicit law stopping the judges from taking up post-retirement jobs, but no judge taking a job in practice.

“In the meanwhile, the judiciary can produce an ethical code of conduct, or document, stating, or undertaking, their independence, as individuals. For example, if you talk about the high judicial council members, they could be banned from engage themselves and/or undertaking any political, or administrative positions, in the state after they resign. This will give them autonomy and independence in the present,” Morcos told Annahar.

Dr. Morcos acknowledged that it would be difficult, but not impossible, to compel the parliament to enact laws guaranteeing the independence of the judiciary.

“There were new laws enacted last year related to whistleblowing and electronic transactions in other fields. Such laws that are very old should be subject to reform and should be done by a special committee or subcommittee each and every time you have political priorities prevailing so you don’t have any inconsistencies in the legislative process for reform.” Morcos told Annahar.

Despite the Lebanese constitution stating that every Lebanese citizen has the right to hold public office, and that “no preference shall be made except on the basis of merit and competence,” the public sector has been dominated by the same families for decades.

While this is a critical constitutional matter, one option for reforming the legislative branch is passing a legislative decree and calling for new elections based on a law enacted by the current parliament to reduce this mandate.

Acknowledging the challenges arising from this recommended course of action, especially due to the leaderless nature of protests, Morcos’s outlook remains principally positive.

“This is very difficult but not impossible if people on the street are organized and have an advocacy plan based on specific requests you might reach this goal.” Morcos told Annahar.

In light of the protests, a recent debate on lifting banking secrecy has been framed incorrectly. Existing legislation already addresses this matter.

“The problem is presented incorrectly. Banking secrecy is no longer an obstacle for fighting corruption. It was true in 2001 when we lacked anti-money laundering legislation, but, since then, we have new legislation enacted in 2001 and amended it regularly until we passed a new law in 2015.” Morcos told Annahar.

“Law number 44 explicitly includes the crime of corruption in addition to illicit enrichment and embezzlement of public funds. In case of such crimes occurring, banking secrecy is automatically lifted and the special investigation commission at BDL has a right to investigate and no banking secrecy will stand in their way. Of course, you need a reform in legislation as a whole but saying that banking secrecy is the obstacle is wrong.” Morcos told Annahar.