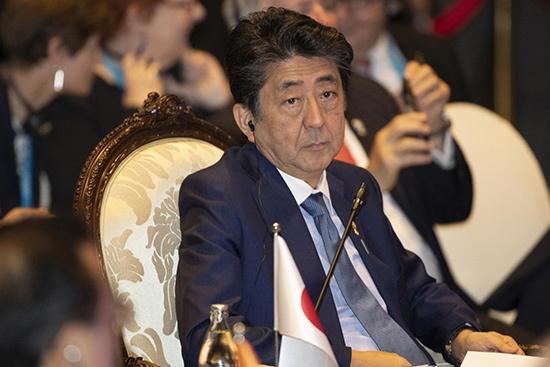 North Korea on Thursday called Japanese Prime Minister Shinzo Abe an “idiot” after he criticized a recent weapons test by the North.

In a statement attributed to a foreign ministry official, Song Il Ho, North Korea described Abe as an “idiot and villain” who was overreacting to what the North described as a test-firing of rocket artillery last week “as if a nuclear bomb was dropped on the land of Japan.”

The statement ridiculed Abe’s expressed willingness to meet North Korean leader Kim Jong Un, saying he would be “well-advised not to dream forever of crossing the threshold of Pyongyang,” North Korea’s capital, after insulting the North’s “just measures” for self-defense.

North Korea has said it conducted its third test-firing of a new “super-large” multiple rocket launcher system last week, although the Japanese Defense Ministry assessed them as ballistic weapons.

During a regional summit in Thailand earlier this week, Abe reportedly condemned the North’s latest test and described it as a clear violation of U.N. Security Council resolutions. He also said he’s eager to meet Kim “without conditions.”

“Abe is also a rarely ignorant man who dreams of making Japan a military power, failing to distinguish between multiple rocket launchers and missiles, and he is an under-wit as he is only able to say such crude words as ‘provocation,’ ‘outrage,’ ‘violation,’ ‘abduction,’ and ‘pressure,'” said the statement, carried by the North’s official Korean Central News Agency.

“It is too natural that Abe is treated as a poor dog and dwarf that fails to enter the international political arena with the Korean Peninsula as a center,” it said.

The Japanese government had no immediate reaction to the North Korean statement.

North Korea has often unleashed crude insults against foreign leaders and politicians to criticize what it sees as slanderous remarks toward its leadership or hostile policies against its government. The insults have included racist and sexist diatribes, including against former U.S. President Barack Obama and former South Korean President Park Geun-hye, the country’s first female leader.

During tensions created by a provocative run in missile tests in 2017, Kim called President Donald Trump a “mentally deranged U.S. dotard” after he said that the United States would “totally destroy North Korea” if forced to defend itself or its allies.

In May, the North labeled Democratic U.S. presidential hopeful Joe Biden a “fool of low IQ” and “imbecile bereft of elementary quality as a human being” after he called Kim a tyrant during a speech.