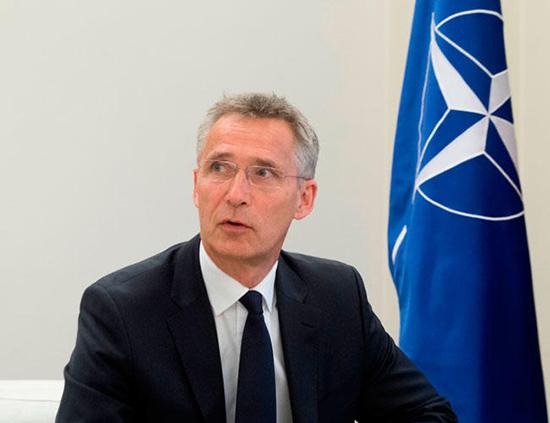 “From Norway in the north, to Turkey in the south, and the U.S., Canada, and the U.K. in the west. All are key to keeping Europe safe,” Stoltenberg said at the Koerber Foundation when he gave a speech at the Korber Global Leaders Dialogue event in Berlin.

Highlighting Turkey’s important role in protecting Europe, Stoltenberg’s remarks followed earlier statements by the head of the western military alliance in which he reiterated Ankara’s position as “an important NATO ally.”

“One must acknowledge that Turkey is an important ally,” Stoltenberg had said in a recent interview with the German weekly Bild am Sonntag.

He had pointed out that Ankara had legitimate security interests.

“In the fight against ISIL, Turkey has made crucial contributions for physically destroying the so-called caliphate. Furthermore: No other ally is hosting so many Syrian refugees, 3.6 million in total. And no other NATO ally has suffered more terrorist attacks than Turkey,” Stoltenberg said.