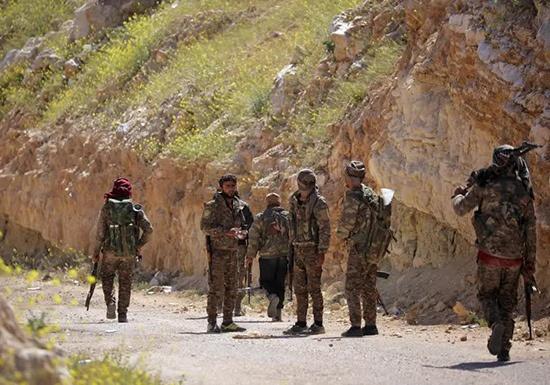 Hoffman added that the United States expects Turkey to hold to account any Ankara-backed forces who allegedly commit war crimes in northeast Syria.

WASHINGTON – The Pentagon said on Thursday that revenue from oilfields in northeastern Syria will go to U.S.-backed forces rather than the United States itself.

“The revenue from this is not going to the U.S., this is going to the SDF,” Pentagon spokesman Jonathan Hoffman told reporters. The SDF stands for the Kurdish-led Syrian Democratic Forces.

During a news conference announcing the death of Islamic State leader Abu Bakr al-Baghdadi in a U.S. raid last month, President Donald Trump had raised the possibility of American oil companies taking over the oilfields in northeastern Syria, currently operated by the SDF.

Amid concerns that Islamic State could stage a resurgence in the ensuing power vacuum, Trump said a small number of U.S. troops would remain in the area of Syria “where they have the oil,” a reference to oilfields in the Kurdish-controlled region.

However, the total number of U.S. forces is expected to number in the hundreds and potentially only slightly less than the roughly 1,000 that were in northern Syria when Trump made his surprise withdrawal announcement last month.

Turkish President Tayyip Erdogan said on Thursday the United States was not fulfilling its pledge to remove a Kurdish militia from a Syrian border region and said he will raise the issue when he meets Trump next week.

During the briefing, Hoffman said he was not aware of SDF fighters in the area, but said the United States did not have complete visibility.

Hoffman added that the United States expects Turkey to hold to account any Ankara-backed forces who allegedly commit war crimes in northeastern Syria.

In the same briefing, the Pentagon said the ceasefire in northeastern Syria was generally holding.