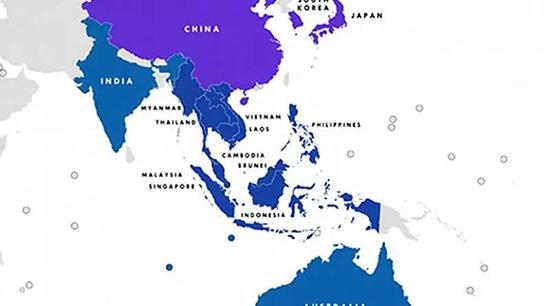 The outcomes of the 3rd RCEP Summit in Bangkok mark an important milestone for regional trade cooperation. To ASEAN, beyond its economic benefits, RCEP is more than a trade pact due to its political and strategic dimensions. All these factors combined render RCEP the deal that cannot fail.

Against all odds, the Regional Comprehensive Economic Partnership (RCEP) made an important headway at its 3rd Summit in Bangkok, Thailand over the weekend. Although only seven chapters were finished last year, the Joint Leaders’ Statement released on 4 November 2019 announced that 15 RCEP members “have concluded text-based negotiations for all 20 chapters and essentially all their market access issues; and tasked legal scrubbing by them to commence for signing in 2020”.

As anticipated, India is adopting a wait-and-see approach due to some concerns at home. If their concerns are successfully settled, the agreement is expected to be signed in Vietnam in 2020, paving the way for the world’s largest free trade area – even without India.

The business communities were especially delighted by the outcome of the Summit. This is understandable given the bloc’s economic potential. RCEP is a free trade agreement (FTA) among ten Southeast Asian countries and six of ASEAN’s Dialogue Partners (Australia, China, India, Japan, New Zealand, and South Korea).

It is aimed at not only consolidating five existing ASEAN+1 FTAs into a single arrangement but also accomplishing “a modern, comprehensive, high-quality, and mutually beneficial economic partnership agreement”. As the world’s largest trade bloc, the pact will have a combined market of 3.4 billion people, covering 45 percent of the world’s population. It will also encompass about one-third of the global GDP.

Critics may claim that RCEP’s quality may not be as high as that of the Comprehensive and Progressive Agreement for Trans-Pacific Partnership (CPTPP). This is another trade deal among eleven economies which China and India are not parties to. Nevertheless, one should note that RCEP terms can later be amended or upgraded, yielding even greater economic gains in the future.

Moreover, RCEP helps accomplish the ASEAN Economic Community 2025 (AEC 2025) which is an economic integration scheme among ten Southeast Asian countries. AEC 2025 has five objectives, all of which aim to further integrate a “Global ASEAN” economy that is cohesive, competitive, innovative and resilient. RCEP has the potential to quicken the region’s drive to be a “Global ASEAN”.

The Summit’s success was due to other economic factors, chiefly the trade war between the United States and China and the resulting rising uncertainties in the world economy.

Against this backdrop, a regional bloc makes sense as it will restore market confidence in the region and help RCEP economies cushion some undesired effects of the trade war. In short, while Southeast Asian nations’ desire to realise AEC 2025, the US-China spat incentivised RCEP participants to further enhance their economic cooperation.

However, these economic factors alone cannot capture the whole RCEP story. From ASEAN’s viewpoint, RCEP is more than a trade pact. Hence, to comprehensively understand this grouping, one must look beyond economics and focus on its political and strategic dimensions as well.

For one thing, the outcome coined at the 3rd Summit illustrates the grouping’s use of ASEAN Centrality to influence others’ policy behaviour and shape regional governance. While often mis-portrayed as a China-led bloc, RCEP has been an ASEAN-led project since its inception. The group’s Guiding Principles and Objectives for Negotiating the Regional Comprehensive Economic Partnership clearly posits that the talks will recognise ASEAN Centrality.

Also, the progress made at this Summit was partly attributed to the strategic posture of ASEAN Centrality. For instance, Singapore’s Prime Minister Lee Hsien Loong lauded the pivotal roles played by ASEAN. He remarked that “ASEAN’s involvement as a trusted, neutral group, has enabled many countries to come together and cooperate under the umbrella of RCEP”.

The fact that less than half of 20 chapters were agreed last year and four participants. Australia, India, Indonesia, and Thailand − were preoccupied with their elections in the first half of the year connotes that most of the heavy-lifting was carried out in the second half of this year.

In other words, finishing all chapters within this timeframe was a daunting task, but the regional bloc was able to pull it through ASEAN was able to summon different parties to the talks as well as persuade them to work together to reach the outcome. In short, the Summit’s result was an example of ASEAN Centrality in action showcasing the group’s ability to wield its influence to shape regional architecture beyond Southeast Asia.

Moreover, RCEP can be seen as one of the elements contributing to ASEAN’s strategy in the Indo-Pacific. In June 2019, ten ASEAN member states coined the ASEAN Outlook for the Indo-Pacific (AOIP) which reflects the regional bloc’s view and approach pertaining to the Indo-Pacific concept.

The AOIP was developed to reinforce ASEAN-centred regional governance as it envisions “ASEAN Centrality as the underlying principle for promoting cooperation in the Indo-Pacific region, with ASEAN-led mechanisms”. RCEP was listed as one of the projects that can help realise the AOIP.

It remains to be seen how the RCEP members will persuade India to endorse the agreement which will result in the signing ceremony next year. From ASEAN’s perspective, Southeast Asian nations will push hard for the final wrap-up. The stakes are high. RCEP’s economic, political, and strategic dimensions make the deal so important that these countries will not let it fail.