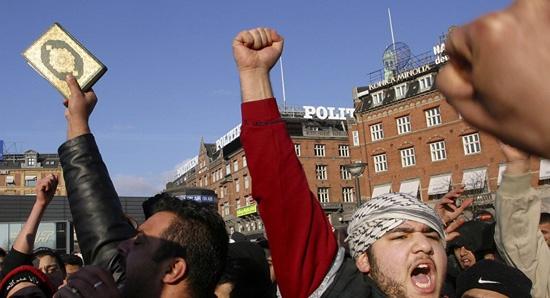 Danish politicians from both sides of the political spectrum have suggested the EU-funded report was a misuse of European taxpayer money. As one Danish MEP put it, “We are paying for a report that spreads lies and propaganda about ourselves”.

An EU-funded report by the Foundation for Political, Economic and Social Research (SETA), a Turkish think tank, has sparked massive outrage in Denmark by accusing the Scandinavian country of widespread Islamophobia.

Among other things, the report cited Denmark’s notorious “Burqa ban”, “discriminatory” laws, and “widespread rhetoric on the supposed incompatibility of Islam with ‘Danishness’”. Denmark is also accused of having abandoned its democratic ways and effectively become an “ethnocracy”.

Both the report itself and the fact that it employed EU funds caused a firm rebuttal from Danish politicians from across the political spectrum.

Danish Foreign Minister Jeppe Kofod, a Social Democrat, said he was “really angry” about it.

“It goes without saying that EU funds shouldn’t be used to sponsor a Turkish NGO’s report on Islamophobia in Europe, including Denmark”, Kofod told the newspaper Jyllands-Posten.

His party colleague and MEP Niels Fuglsang called the report a waste of public funds and “a propaganda affair for [Turkish President] Erdogan”, vowing to demand an explanation from the EU.

“I cannot take such a report seriously, and it is unreasonable for EU tax money to be spent this way. We are so to speak paying for a report that spreads lies and propaganda about ourselves”.

MEP Peter Kofod of the right-wing anti-immigration Danish People’s Party called the report “a scandal”. According to him, Brussels should immediately stop all funding for Turkey’s potential accession to the EU, and Ankara should be informed that it will never become a member of the union.

“It’s a scandal that the EU system finances this kind of crazy stuff”, Kofod said.

The Denmark part of the controversial report was penned by Sibel Özcan and Zeynep Bangert, both ethnic Turks educated and now working in Denmark. Among other examples of Denmark’s alleged anti-Muslim stance, former Immigration Minister Inger Støjberg received an honourable mention for claiming that the Danish population is at risk during Ramadan, the Muslim month of fasting.

The EU money for the report comes from the pre-accession aid category, which Turkey is eligible for as a candidate to join the Union.

SETA bills itself as independent, non-profit and non-partisan, but Western sources such as Germany’s Deutsche Welle and Denmark’s Jyllands-Posten have described it as having close ties to President Erdogan and his party AKP.