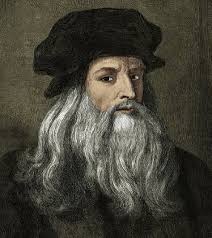 BBC.COM-Leonardo is the world’s most famous artist. But a new opera is shining fresh light on his private passions – by depicting his intense relationships with two of his assistants.

We know a great deal about Leonardo da Vinci’s interests in botany and human anatomy; about his explorations of flight, of war machines and the flow of water; of his skills as a painter, and even his reputation for leaving projects unfinished. But what do we know of the man, of his passions, of Leonardo in love? Da Vinci left nothing that could be read directly as a diary or journal: his interest was in the outer, rather than the inner, world. Nevertheless, writers, from the 16th-Century biographer Giorgio Vasari to Sigmund Freud, have scoured the thousands of pages of written notes left by Da Vinci for clues.

Five hundred years after his death – with exhibitions around Europe celebrating his art, engineering, science and ideas – a new opera celebrates a more private side of the Renaissance master. The work of composer Alex Mills and librettist Brian Mullin, Leonardo focuses on the relationship between the great artist and two of his assistants.

Gian Giacomo Caprotti – known by Da Vinci as Salaí aka ‘Little Devil’ ­– was a boy from a poor background who entered the workshop aged 10 in 1490, when the master was in his late 30s. He immediately made an impression as a troublemaker: Mullin found frequent references to Salaí stealing from him and his guests, or eating more than his master thought respectable. “He [was] a young working-class boy, and evidently very hard to handle, but he ended up staying with Leonardo for 25 years,” says Mullin.

Francesco Melzi came into Leonardo’s life in around 1505. This young man, by contrast, was from a noble Milanese family, and developed a role in the workshop akin to private secretary. He and Leonardo soon developed a closer intimacy that Mills and Mullin liken to father and son. Melzi was, as Mullin notes, “completely different from Salaí in his social standing and his demeanour.” No cheeky nicknames for the aristocratic Melzi: he was addressed by Leonardo as ‘Master Francesco’.

While Mills’s music for Leonardo is of course contemporary, it has been scored for a viol consort – that is, an ensemble of players of the viol, a stringed instrument evocative of the early 16th Century. Mullin’s libretto is drawn almost entirely from historical sources, most important of which were Da Vinci’s own notebooks, which the left-handed artist wrote in mirror script.

The opera charts the “shifting triangle that Leonardo had with these two young men,” says Mullin. “Leonardo moves from one relationship to the other, and Salaí gets a bit pushed out.” Late in life Leonardo moved to France, with both male companions in attendance, but Salaí returned to Milan, and was not there at the master’s bedside when he died in 1519. “Leonardo leaves him very little: he’s left only half a vineyard, which is odd,” says Mullin. Melzi, by contrast, inherited Leonardo’s notebooks and many of his paintings. “It seems there was a private drama that had been playing out from one figure to another.”

As historic characters, Salaí and Melzi come down to us through Da Vinci’s depictions of them in word and image  – both men were noted for their beauty, and Salaí is thought to be the model for the paintings Bacchus and Saint John the Baptist. To both composer and librettist, the relationships appear to have been more intense and profound than simply artist and assistants. “Leonardo draws Salaí so much, it’s not hard to say he was a muse as well,” says Mills. “Everyone considers him to have been Leonardo’s companion – he buys him expensive clothes, they travel together, everyone talks about how beautiful he was.”

In negotiating their way through the hard facts of Da Vinci’s life – and the gaps between them – Mills and Mullin enlisted the help of leading scholars Martin Kemp and Martin Clayton. “We wanted the conclusions we were drawing to be as likely as possible and as historically accurate as possible,” says Mills. “Leonardo scholars and academics conclude he very likely was gay, everything points toward that – the opera gives us a chance to explore that part of him in a year when everything else is being explored.”

Speculation as to Leonardo’s sexuality is a centuries-old pastime. Writing in the 1560s, artist Giovanni Paolo Lomazzo concocted an imagined dialogue between Leonardo and the Greek sculptor Phidias, in which the latter quizzes him on the nature of his relationship with Salaí: “Did you perhaps play with him that ‘backside game’ that Florentines love so much?” Leonardo replies enthusiastically in the affirmative. In 1910, Sigmund Freud speculated that despite surrounding himself with beautiful young men, Da Vinci’s homosexuality was latent rather than acted upon.

A recent biography by Walter Isaacson is more blithe in its summation of Leonardo as “illegitimate, gay, vegetarian, left-handed, easily distracted, and at times heretical.” It is this vision of the artist in his younger days that will be brought to life in a TV drama staring Aidan Turner, scheduled for broadcast next year.

Martin Clayton, Head of Prints and Drawings at the Royal Collection Trust, first met with Mills and Mullin at an early stage of the opera’s development. “They presented this idea of Melzi and Saraí being the twin [aspects] of Leonardo’s character which I thought was a very intelligent approach,” says Clayton. “What they have done – in presenting Salaí as the dark, reprobate side and Melzi as the solid workmanlike side – says something very true of Leonardo’s character.”

For Clayton, Leonardo’s decision to leave Melzi his intellectual legacy – in the form of paintings, drawings and notebooks – is testament to his steadfastness. He judged Melzi capable of protecting his legacy, and of such wealth and character that he would not be tempted to exploit it. Salaí by contrast ended up in possession of more paintings than Leonardo left him, which suggests that he either stole or faked them. “He had a reputation as a chancer and a scammer,” says Mullin. “He ends up dying in a duel with a crossbow.”

A residue of shame

While Da Vinci was a man ahead of his time in many ways, the nature of his companionship with Salaí was very much of its day. “Relationships like this between adult men and teenage boys were actually quite common in the world Leonardo moved in,” says Mullin. In the period Leonardo lived in Florence early in his career, homosexual relationships were so prevalent that the term ‘Florenzer’ became German slang for same-sex relationships. However in an attempt to control the practice, the city government encouraged citizens to denounce it. Aged 23, Leonardo was among four artists publicly accused of sodomy following an anonymous tip-off. “It is not known for certain if he went to jail,” says Mullin. “But that public shaming may have encouraged Leonardo to turn in on himself.”

The result of this inward gaze, Mills explains, is that “we don’t know much about Leonardo the man. In some ways it doesn’t matter what his sexuality was, but of course in trying to get into his mind it goes with the territory.” It is the particular quality of opera as an art form ­that it allows for much to be evoked while remaining unsaid. “That’s what opera is so good at doing: it speaks to the unconscious.”

For Clayton, who this year curated a series of exhibitions based on the Royal Collection’s outstanding holding of Leonardo drawings, the opera takes us into territory that is often beyond the scope of a museum. “It presents the true Leonardo in the way art exhibitions often don’t,” he says. An exhibition will naturally privilege drawings, paintings and diagrams over the 4,000 folios of written material left by Leonardo after his death. “There’s a great deal going on in Leonardo that is hard to put across to an audience, and I think that is what this opera will succeed in doing.”

Leonardo is being performed at the Victoria and Albert Museum, London, on 8 and 9 November (8 November performance includes a panel discussion)