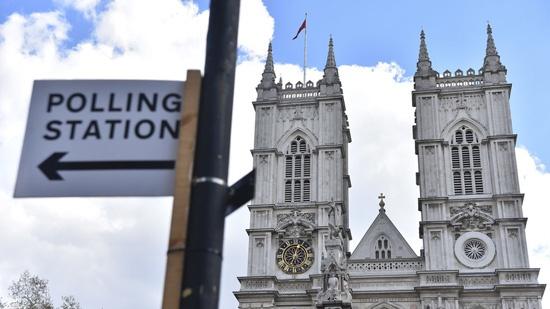 The next UK general election is to be held on December 12. Here’s what Conservatives, Labour, Liberal Democrats, and the Brexit Party will each be hoping to achieve from the campaign.

The Conservative Party will begin this election comfortably ahead in the opinion polls, but not quite so far ahead as you might think. Human beings are hard-wired to remember the shocking results and so we’re more likely to notice the large leads. MORI gave the Conservatives a 17% lead over Labour; YouGov 11%, and Survation 8%. Most people will remember the 17, but forget the 8.

But in 2017, the Conservatives had an even bigger lead at the start of the campaign, only to see that lead evaporate because of a hung parliament which has paralysed decision-making for the last couple of years. I don’t believe that 2019 is comparable to 2017: Theresa May’s weaknesses and frailties as a leader weren’t noticed until the 2017 campaign. Boris Johnson is much more of a known quantity, love him or hate him.

Even so, the Conservatives must not be complacent. They are in the lead, and they will be attacked from both sides. Every other party stands to gain by attacking the party that is in front. The Brexit Party will be a far greater threat in 2019 than a dying UKIP was in 2017. Conservatives stand to lose seats in London, Scotland, and in some strongly Remain-backing areas. To compensate, they’ll need to win seats they’ve rarely or never won before. After 9 years in government, it’s rare for any political party to be making gains, but that’s what the Conservatives need to do to win.

Worse still, they have no potential coalition partner in the event of a hung parliament unless the Brexit Party succeeds. They may start from a good position, but they cannot afford complacency.

Conservative target: To win an overall majority large enough to be able to govern without interference.

Labour has a problem. They don’t look like a party that’s ready to govern. Jeremy Corbyn is (according to MORI) the joint most unpopular opposition leader ever with a net minus-60 approval rating. The party’s Brexit policy seems confused and outdated. Just 15% prefer Corbyn’s Brexit policy to Johnson’s or Swinson’s. Labour are facing threats from the Conservatives in Leave areas, the Lib Dems in strongly Remain areas, and even from the Brexit Party in some of their heartlands. They don’t have a 2017-style binary Labour-Conservative battle.

The short-term prognosis for Labour looks bleak in terms of seat numbers, but if the Conservatives fail to secure an overall majority then Labour have more obvious partners in government as they could probably work with the Lib Dems and SNP.

Labour target: To deprive Boris Johnson of an overall majority, and secure a Labour prime minister with a minority government

The Liberal Democrats have surged in the opinion polls. Gone are the days of 2010-2015, when they were virtually obliterated because of their role in the coalition government and voting for tuition fees after campaigning against them. They have a clear niche: to appeal to those people who not only voted to remain in the EU, but who are determined to ignore the result.

They have plenty of viable gains, and have seats to defend where MPs of other parties defected to them. Outside of Brexit, many people have forgotten what the Lib Dems actually stand for. This could cause them problems as they try to appeal to ex-Conservative and ex-Labour voters at the same time.

The Liberal Democrat strategy is nothing if not ambitious. Their own polling shows that they couldn’t beat Jacob Rees-Mogg in North-East Somerset, but they’re making a lot of noise about working hard at it. Stranger surprises have happened in politics, but more likely they want the media to see them as viable contenders.

Their biggest risk is winning the battle, yet losing the war. A Liberal Democrat resurgence could help the Conservatives to beat Labour in key Labour-held marginal seats, and ironically cause a Conservative government.