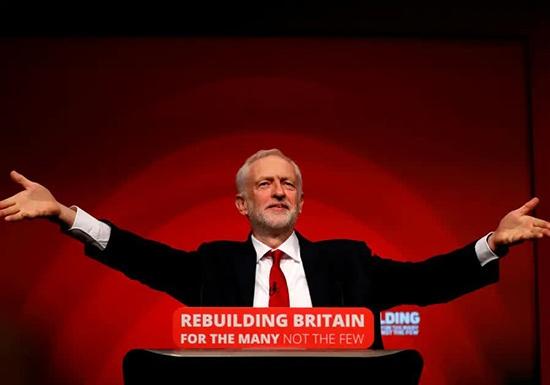 Although the opposition party claims to be dealing with the phenomenon, there has been another case of anti-Israel criticism with a floating antisemitic theme.

UK Labour Party candidate in Scotland, Kate Ramsden, announced Thursday her resignation for personal reasons after an antisemitic and anti-Israeli statement on her blog was revealed. On the blog, Ramsden wrote that Israel is like “a child who has been abused and turned into an abuser in his own right,” adding, “Like child abuse, this should be stopped. As we intervene in child abuse cases, the international community should intervene in Israeli acts.”

Ramsden added that criticism towards party leader Jeremy Corbyn of antisemitism was “run by the wealthy establishment.”

Prior to her resignation, Ramsden was called by the party for an inquiry, which – at the end – as noted, the party member announced her resignation from running for election in the upcoming UK general election on December 12. “

“The [Labour Pary] headquarters of the party found these publications during a background check on Ramsden, and we informed the party branch in Scotland,” explained a Labour official. “The party has taken swift and decisive action on the issue.”

Since UK Prime Minister Boris Johnson’s rise as leader of the Conservative Party, there has been an accompanying rise in the Labour Party’s radical left-wing Momentum faction, including members who have expressed vehemently anti-Israel, and in some cases antisemitic, views since Corbyn’s election as head of the Labour Party.

Corbyn himself is a long-standing anti-Israel activist, who has met with Hamas and Hezbollah representatives in the past and opposed the full adoption of the International Holocaust Remembrance Alliance definition of antisemitism in the Labour Party code of conduct.