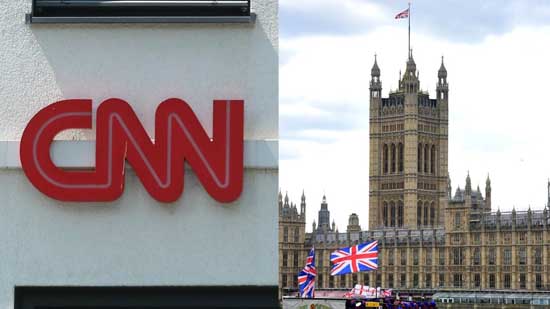 While the yet-to-be published report on alleged Russian meddling in Brexit is at the center of the political drama in the UK, CNN got the scoop from pundits – the usual suspects when it comes to the Russiagate narrative.

Russiagate might have fizzled out in the US, but CNN apparently has no intention of giving up on the stale narrative – and is now peddling it across the ocean. Saturday’s scoop delves into testimonies submitted by “witnesses” during a UK parliamentary investigation into alleged Russian meddling in the 2016 Brexit referendum and 2017 general election. While the report, prepared by the Intelligence and Security Committee (ISC) has not been released yet, and previous reports failed to turn up any damning proof of Russia’s influence, CNN’s bombshell conveniently revolves around the testimony of Bill Browder, a financier wanted for tax fraud in Russia and one of the leading champions of sanctions against Russia.

CNN says that Browder’s was one of two written testimonies the channel got its hands on, in addition to being “briefed” on oral testimonies provided by two other witnesses.

While it might be argued that Browder, the self-proclaimed “No. 1 foreign enemy” of Russian President Vladimir Putin, is a person whose words should hardly be taken at face value in matters related to Russia, CNN does not offer any critical analysis, but rather serves as a mouthpiece for the disgraced entrepreneur.

In his testimony, Browder paints the Russian government as a nefarious entity whose tentacles reach further than one could imagine. “The Russian state effectively uses the Western persons… taking advantage of their identities, skills, expertise and contacts in the West to infiltrate Western societies,” Browder says in his statement. He accuses the Kremlin of organizing a money-laundering scheme by recruiting Dubai-based UK citizens, warning that the network of supposed Russia stooges should be acted upon immediately, otherwise it “will have serious detrimental effects on the UK democratic process, rule of law and integrity of the financial systems.”

In addition to Browder, CNN also turns to Edward Lucas of the Washington-based Center for European Policy Analysis (CEPA), a think tank known for publishing anti-Russian content. Moreover, Lucas publicly voiced support for the Institute of Statecraft, the NGO behind the Integrity Initiative, a state-funded covert project exposed last year as a Europe-wide anti-Russian psyop.

Perhaps it’s no surprise that, according to CNN, Lucas cared enough to give a two-hour, 45-minute oral testimony alongside Chris Donnely, the head of Institute of Statecraft, while calling on the UK authorities to band together with other countries to fight Russian “subversion.”

Among other veterans of Russiagate who generously shared their expertise with the ISC was Christopher Steele, the former British spy who compiled a dossier on US President Donald Trump, which was later used by the FBI to surveil his camping despite being completely unverified and filled with salacious gossip.

The 50-page unreleased report has become the talk of the town in the UK after the opposition accused Downing Street of stalling its publication as rumors swirl that it could reveal Moscow’s sinister role in swaying the Brexit vote.

The report was submitted to the government on October 17, and was due to be published on Monday. However, the report likely won’t be made public until after the December 12 general election, as it was not approved by PM Boris Johnson’s cabinet before Parliament was dissolved on Tuesday.