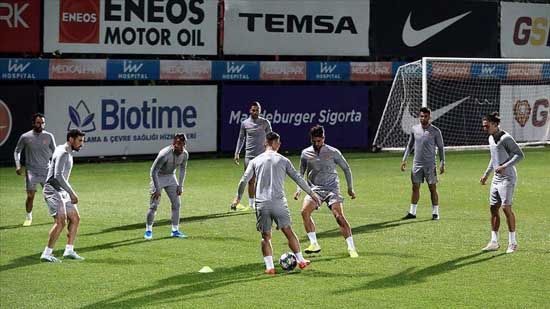 Turkish football powerhouse Galatasaray have been in trouble in their European campaign for at least a year, as their last UEFA Champions League win came way back in September 2018.

This was Galatasaray’s biggest defeat in UEFA club competition. Their worst previous Champions League loss also came at the hands of Real Madrid, in September 2013, trouncing the Lions 6-1 in Istanbul.

It was also their worst defeat at home in UEFA competition.

Galatasaray ended Group D in third spot to enter the UEFA Europa League, as the Lions had four points in six matches, beating only Lokomotiv Moscow in this stage.

The Istanbul team advanced to the second-tier Europa League but were eliminated by Portuguese giants Benfica 2-1 on aggregate in the Round of 32.

In the 2019-2020 Champions League season, Galatasaray continued to disappoint fans as the Istanbul club didn’t get any wins in four Group A matches, only three losses.

In the Champions League opener, Galatasaray drew against Club Brugge 0-0 in Belgium.

The Lions lost to French heavyweights Paris Saint-Germain (PSG) 1-0 in the second match in Istanbul.

In week three, Galatasaray were beaten by Real Madrid 1-0 at home, risking their Round of 16 chances in the Champions League.

Week four saw an epic win for Real Madrid as Galatasaray were trounced by Los Blancos 6-0 in Madrid, which ended the last 16 hopes of the Istanbul club.

Galatasaray had two matches left in Group A. The next one will be against Club Brugge in Istanbul, and the Lions will visit Paris’ PSG for the sixth match in December.

Galatasaray are currently eyeing the Nov. 26 home match against Club Brugge to go to the Europa League.

Group A leaders PSG booked their place in the next stage, winning all four of their matches.

Runners-up Real Madrid now feel safe and secure as they earned seven points. The winners and runners-up in each Champions League group enter the Round of 16.

Now in the number three spot, Club Brugge had two points in four matches. Galatasaray bottomed out this group with one point, as their only hope is to be in the Europa League.

In the Champions League, teams that rank third in groups go to the Europa League, and those who finish in last place are eliminated.

Galatasaray have been seeking old glory days in Europe, as the Lions are still the only Turkish club to have won major European trophies: the UEFA Cup in the 1999-2000 season and the 2000 UEFA Super Cup.

European football’s governing body, UEFA, rebranded the UEFA Cup in 2009, as the tournament’s name was changed to the UEFA Europa League.