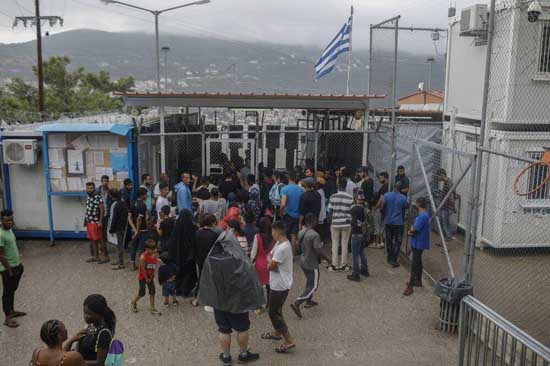 A top Greek politician on Nov. 8 came under fire for comparing a Greek island favored as a destination by irregular migrants to a region of Greece with a large population of ethnic Turks dating back centuries.

Charalampos Athanasiou, the Greek Parliament’s second deputy speaker, said that the island of Lesbos is “in danger” of becoming a “new Rodopi,” referring to an area in Greece’s Western Thrace region, a region home to a local Muslim Turkish minority numbering around 150,000.

Athanasiou, a member of the ruling New Democracy Party and former justice, transparency and human rights minister, said that if the current situation continues, in 20 years one-third of the island’s population will consist of Muslims.

The remarks try to brand local Turks as a “threat” and “danger” to Greece, said Habip Oglu, head of the Federation of Western Thrace Turks in Europe (ABTTF), an NGO founded by Western Thracian Turks who migrated to Germany to work.