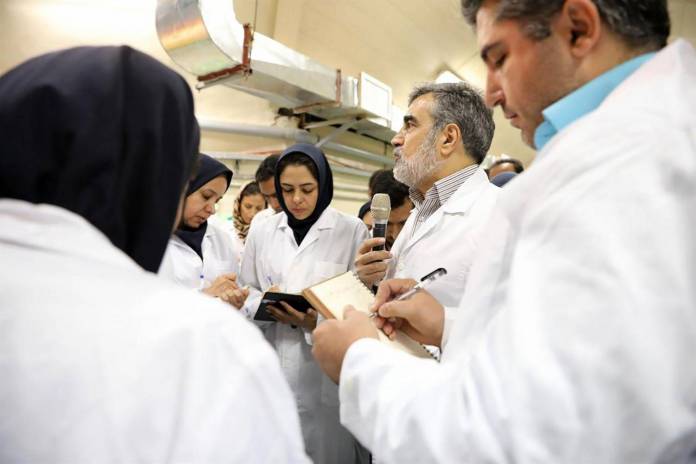 Iran defended on Nov. 9 its decision to block an U.N. inspector from a nuclear site last week.

A spokesman for Iran’s atomic agency, Behrouz Kamalvandi, said that the Iranian government “legally speaking” had done nothing wrong in stopping the female inspector from touring its Natanz nuclear facility on Oct. 28.

Iran alleges the inspector tested positive for suspected traces of explosive nitrates. The U.N.’s nuclear watchdog has disputed the claim.

“The reason that this lady was denied entrance was that she was suspected of carrying some material,” said Kamlavandi, referring to the allegations.

He added that Iran was exercising its “rights” under its agreement with the International Atomic Energy Agency when it revoked “her entrance and accreditation.”

It marked the first known instance of Iran blocking an inspector amid tensions over its collapsing nuclear deal with world powers. The U.S. unilaterally withdrew from the deal over a year ago.

“We welcome the inspections,” he said, while warning against using them for “sabotage and leaking information.”

Under the 2015 deal, Iran was not supposed to enrich uranium at the site until 2030.