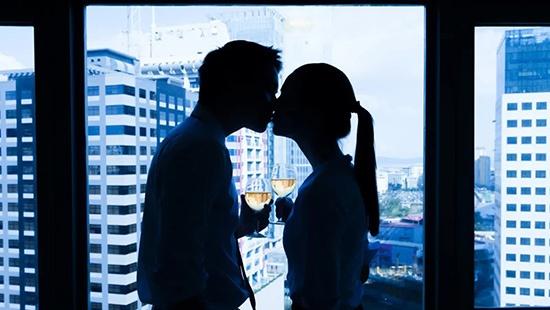 By Shane Watson  – The  Telegraph

Every so often you think: “I miss office life, the way it was.” For example, this week, when you read the news that a McDonald’s boss had been fired for having an affair with a colleague, you might have thought: “I miss office life, back when the stationery cupboard was for sleeping off hangovers, the kitchen was for trysts, strategy meetings (anything involving a white board) were for flirting and mucking about, and working late was code for hanging out, after hours, with people you fancied and waiting to see what happened. I miss office life the way it was when at least two people were having a fling with each other (deadly secret in theory, in practice not) and it sometimes made things awkward but also … fun.”

Missing the old office life is a common complaint among the generation who thought that Daniel Cleaver messaging Bridget Jones about her “missing” skirt was hilarious and appropriately flirtatious for the workplace. That was the culture back then. The office was where you went to work and also the first place you expected to meet someone.

Remember the Christmas office party in Love Actually and the PA with the red devil horns slow-dancing with Alan Rickman? Remember rooting for blameless Emma Thompson while at the same time recognising that office party, right down to the very low lights and the strong cocktails and the work colleagues dressed in their full-on festive pulling best?

In 2003 we still thought it was a result that Laura Linney’s character headed home with the hot Brazilian guy from design. That was what offices were for. Meeting like-minded people who you might conceivably have chemistry with. We not only didn’t see anything wrong with it, we thought it was part of the deal.

Where are you going to meet people if not in the office, where you spend most of your waking hours? Who are you going to end up with if not the bloke, or the woman, who works on the same account as you (and so you discover everything you need to know about a human being from their reliability to their behaviour under stress and what they consider to be good banter). Beats Tinder.

For the record, you can miss the good old office days and at the same time appreciate that it was not a ball for everyone. I’ve just finished watching The Loudest Voice, which details the sexual harassment and assaults on legions of women employed by Roger Ailes of Fox News. There’s no doubt that for every Richard Curtis office space (consensual, twinkly, fun) there was one, if not two, where the culture was toxic. Even without any hint of MeToo sexual coercion, there are bullies and creeps in the workplace, we know this and we know that people need protecting.

But still it is slightly sad that there will never be another Laura Linney getting off with Rodrigo Santoro. It’s a shame to think that Tim and Dawn (of The Office) would never have got together in the current non-fraternising climate. It’s a downer that your colleagues wedging your arms into either end of a poster roll and leaving you to try to get out, or gaffer-taping you to a chair – as happened to a friend of mine – and leaving you to ride up and down in the lift most of the afternoon, would now constitute workplace bullying.

What do you do in an office, if it’s all work and heads down and no living in hope of being noticed by the new bloke in the art room? How do you keep your spirits up without someone doing something slightly inappropriate and against the rules? What’s the point of the end of the week warm white wine in a paper cup and potato crisps parties if you’re all observing the genderless workmates diktat? I’m trying to get my head around it, but I still can’t.