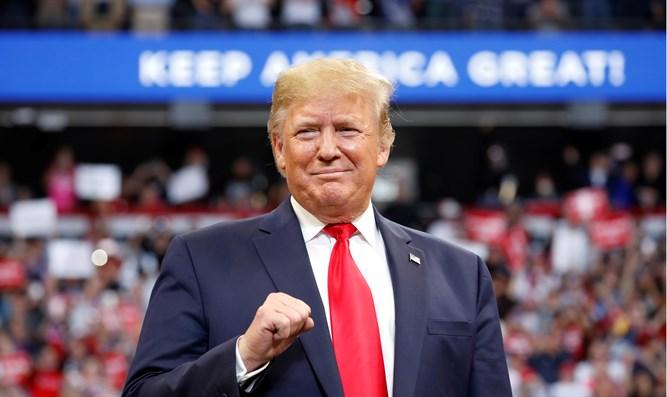 This will be the first the president’s first speech before an apolitical Jewish organization.

US President Donald Trump will speak at the Israeli-American Council’s (IAC) annual conference which will take place in early December in Hollywood, Florida.

Trump will speak on December 7, in what will be the president’s first speech to an apolitical Jewish organization.

IAC is led by the Israeli-American community and works to connect, strengthen, and support the State of Israel in more than 73 communities and 100 campuses across the United States.

The annual conference will begin on December 5 and continue until December 8. It is expected to host more than 3,500 people from across the US and Israel, including elected officials, senior academics and media outlets, as well as leaders from the Jewish and Israeli-American community.

The theme of the conference is “Israel Together” with the intention of sending an unreserved message of support in the connection between Israel and the Jewish people.

IAC chief executive officer Shoham Nicolet said, “For an organization as young as ours, it is a tremendous honor to host US President Trump who comes for the first time to speak to an apolitical Jewish organization. This is important not only for the IAC but for the entire pro-Israeli community in America who believes in strong ties between the countries.”