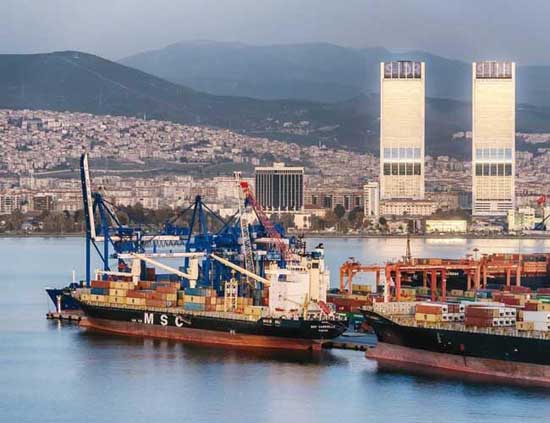 Under Turkey’s state subsidies for exports, the top item in the Trade Ministry budget, some 3.7 billion Turkish liras ($642.7 million) will be provided to help exporters this year, said the trade minister on Nov. 8.

“In the first 10 months of the year, the foreign trade balance made a positive contribution of $29.1 billion,” Ruhsar Pekcan told Parliament’s Planning and Budget Commission.

She stated that this positive performance in net exports helped fuel economic growth, with net exports contributing 9.7 points to Turkey’s growth in the first half of 2019.

Stressing government support in almost every field of exports, she said nearly 12,000 green passports — which ease visa requirements for many countries — have been supplied to exporters.

“In many areas ranging from computer games and healthcare services to contracting and technical consultancy services, Turkey is in a highly competitive position for an exporting country,” she added.

She said Turkish contracting companies have carried out a total of 9,900 projects and actual projects worth $392.7 billion in over 125 countries.

Turkey’s goal is to boost exports of high-tech products from free trade zones to the OECD average of 14%, she added.