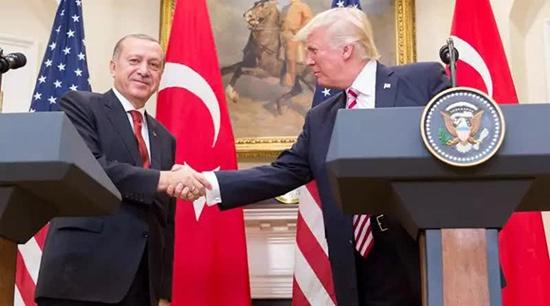 U.S. Representative Dan Crenshaw (R-TX) is calling on his Congressional colleagues to join him in asking the State Department and the Washington, DC Metropolitan Police Department “to ensure President Erdogan and his security detail are aware of and understand that Americans enjoy First Amendment rights to assembly and speech,” reported the Armenian National Committee of America (ANCA).

In separate Congressional sign-on letters – addressed to Cam Henderson, the State Department’s Chief of Protocol, and Chief Peter Newsham of the Metropolitan Police Department – legislators will underscore that, “while President Erdogan has been successful in rolling back the freedoms of the Turkish people, he does not get to exercise his authoritarian bent in our nation’s capital.” They will reference that, “during past visits by the Turkish President, Americans exercising their First Amendment rights were assaulted by pro-Erdogan protesters and President Erdogan’s security detail.” The letter to the State Department specifically stresses that “those who wish to assemble and speak out against the Turkish regime and its leader are free to do so peacefully and without violence from President Erdogan’s security detail.”

The ANCA is encouraging legislators to co-sign the Crenshaw letter, which will be forwarded to the DC Police and State Department prior to the planned Trump-Erdogan meeting at the White House on Wednesday, November 13th.

“We join with Rep. Crenshaw and his Congressional colleagues in demanding strong federal and municipal protections for peaceful American protesters against renewed attacks by Erdogan’s security detail,” said ANCA Executive Director Aram Hamparian. “We are encouraging legislators, in the House and Senate, to join this bipartisan defense of our First Amendment freedoms, and will – next Wednesday – exercise our Constitutional rights by protesting Erdogan’s violence –at home and abroad, including right here in our nation’s capital.”

Earlier in the week, the ANCA sent a letter to Washington DC Mayor Muriel Bowser inquiring whether the city has received any written assurances from the White House, Department of State, or other relevant law enforcement that the First Amendment rights of peaceful protesters will be protected and that Erdogan’s security detail traveling to Washington DC next week will not include the those who assaulted protesters in 2017.