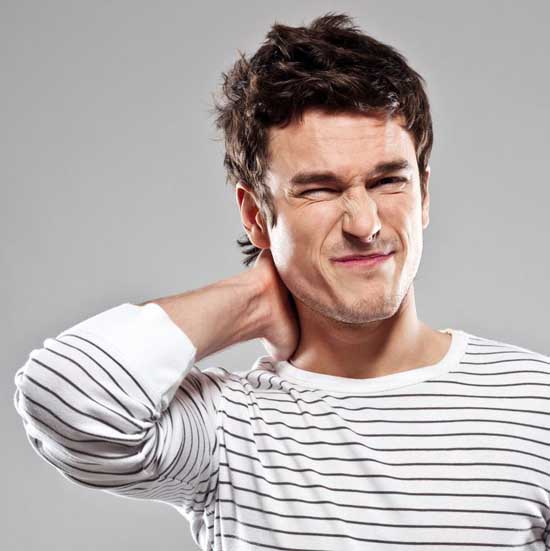 Whiplash is a non-medical term used to describe a neck injury caused by a sudden movement of the head forwards, backwards or sideways.

Over 400,000 people every year put in an insurance claim for whiplash, making it the most common non-lethal car crash injury in the UK. But you don’t have to be in a car to sustain a neck injury and experience whiplash.

Here’s everything you need to know about whiplash, including what it is, how it happens and how it’s treated:

Whiplash occurs when the soft tissue in the spine is stretched and strained after the body is thrown in a sudden, forceful jerk. The injury most commonly occurs in car crashes involving sudden deceleration, but the injury can also occur in other strenuous physical activities, such as diving.

Whiplash may also be referred to as a cervical acceleration/deceleration injury. It is normally associated with a road traffic accident when the vehicle is rear shunted, but it can also occur with falls.

The most frequent complaints are headaches and stiffness in the neck and the back of the head. They can come on immediately or within a few days. Pins and needles/paraesthesia in the shoulders, arms and hands can also occur.

How is whiplash diagnosed?

Usually the diagnosis is made on the basis of the background of the injury and the patient’s description of symptoms. Whiplash cannot be seen on an MRI scan, CT scan or X-ray, although an X-ray is taken if there is a suspicion of fracture or dislocation of the cervical spine.

In the first 24 hours after the injury, an ice bag applied to the neck will help relieve inflammation. Bags of frozen peas make particularly good ice packs because they mould to the body.

An ice bag should first be wrapped in a towel or cloth to avoid direct contact between the skin and the ice. The patient should lie in bed with their head resting on the ice bag for 20 minutes at a time, with the head also supported by a pillow.

❗️ If normal painkillers such as paracetamol (eg Panadol) do not help, consult your GP.

Try this exercise to relieve pain and stiffness in the neck and back of the head:

✔️ Stand against a door or a wall with your head facing forward and move your eyes so you look towards the two, four, eight, and 10 o’clock positions. Repeat this a few times. This eye movement causes a slight movement in some deep muscles in the back of the head.

✔️ Next, take a step forward and perform the following movements.

✔️ Bend the back of the head carefully forward as if taking a bow. Return to the starting position with your head straight and facing forward.

After the injury, an ice bag applied to the neck will help relieve inflammation.

✔️ Tilt the head sideways, so the right ear is near the right shoulder. If possible try to maintain the glance at a fixed point at eye level. Return to the starting position. Repeat this action with the head tilted to the other side.

✔️ Turn the head as if trying to look backwards over the shoulder, first to the left and then to the right. Imagine following a horizontal line on the wall at eye level.

How is whiplash treated by doctors?

There is no single treatment for whiplash that is widely accepted among doctors. If there is no suspicion of a fracture or dislocation, the patient should begin exercising and pursuing normal activities as soon as possible.

In some cases it may be necessary to supplement an exercise programme with painkillers. Further advice on exercise and recovery can be sought from a physiotherapist or chiropractor. For most people the injury will simply pass after a short period. Paracetamol (eg Panadol) and non-steroidal anti-inflammatory drugs (NSAIDs) can be given for short periods for pain in the back of the neck and headaches. A doctor should be consulted first.

There is no single treatment for whiplash that is widely accepted among doctors.

Research has shown that whiplash patients who rest for several weeks and wear a soft collar actually recover more slowly than those who try to follow a normal routine. Patients with acute pain in the cervical region of the spine are advised to start their neck exercises as soon as possible and to get out of bed within two to three days.

These exercises can be done both at home and under the care of a health professional, such as a physiotherapist. These exercises are normally performed three to five times a day. Paracetamol or non-steroidal anti-inflammatories are usually given in conjunction with an exercise programme.

The risk of sustained after-effects is very small and the chances for complete recovery are good. However, whiplash is still a strain injury and, as with other strain injuries, it is not unusual for the pain to last for a couple of months.

What is whiplash syndrome?

A few people develop continuing symptoms after a whiplash trauma – this is known as whiplash syndrome. They suffer continual headaches and pain, reduced movement at the back of the neck, tingling in the arms, lumbar pains, fatigue and sleep disruption.

Whiplash syndrome is difficult to treat. The essence of the treatment is to prevent any further strain and encourage a quick return to normal everyday activities.

Unfortunately, in a very small number of people who have experienced a severe whiplash injury, symptoms can persist for months or even years before settling and even then there can even be residual long-term neck discomfort.