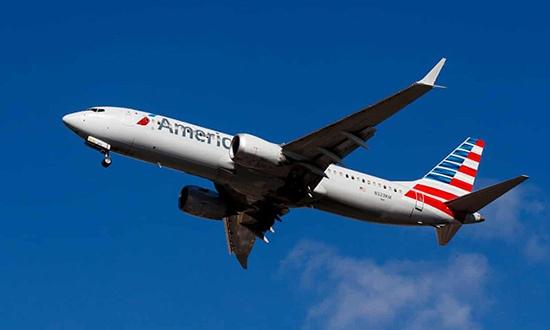 A fault with the Boeing 737 Max plane’s anti-stall mechanism is believed to have caused the Lionair crash in Indonesia and the Ethiopian Airlines disaster. Photograph: Justin Lane/EPA

Boeing said on Monday it could have its fleet of 737 Max jets flying again by January as safety checks on the aircraft’s troubled flight software reach completion. The planes were grounded in March in the wake of two fatal crashes in the space of five months that killed 346 people.

The world’s biggest planemaker said it hoped the Federal Aviation Administration would approve certification of the plane’s flight control software before the end of the year. A fault with the plane’s anti-stall mechanism is believed to have caused the Lionair crash in Indonesia last October and then the Ethiopian Airlines disaster in March.

“Based on this schedule, it is possible that the resumption of Max deliveries to airline customers could begin in December, after certification, when the FAA issues an airworthiness directive rescinding the grounding order,” the company said in a statement.

“In parallel, we are working towards final validation of the updated training requirements, which must occur before the Max returns to commercial service, and which we now expect to begin in January.”

The 737 Max was a staple of many airline fleets around the world. All 371 aircraft in operation were grounded after regulators in Asia took the planes out of service, which was soon followed by the FAA decision to take it out of service in North America.

Boeing’s share price fell sharply after the grounding of the planes and the company estimated in April that the decision would cost it $1bn as it was forced to cut production.

It faces dozens of lawsuits from victims of the two crashes and has also been criticised for potentially misleading the FAA over what it knew about problems with the software.

It had hoped to have the planes back in operation by August but problems have dogged the company’s efforts to fix the issues with the anti-stall system, which is known as the manoeuvering characteristics augmentation system, or MCAS. It was designed to compensate for the fitting of a heavier engine to the aircraft by ensuring that the nose of the plane would automatically turn down to avoid stalling.

But Boeing appeared to be confident that five key testing procedures would soon be completed. The first, involving multiple simulator evaluation tests on the software system with the FAA, had been completed, Boeing said. Still ongoing were tests by airline and FAA pilots, a final submission to the FAA and then tests by “global regulatory pilots to validate training requirements”.

FAA clearance may not be enough to see the planes returned to service all over the world.

The Australian aviation regulator said in September that it may keep the ban in place whatever decision comes out of the FAA.

“As the certifying authority for the aircraft type, obviously the FAA is central to the decision as to whether the aircraft flies or not but in this case due to the nature of it there is focus on the aircraft from authorities around the world,” the Civil Aviation Safety Authority said.

The Australian airline Qantas pulled three regular 737 jets – a different model to the 737 Max – from service in October after small cracks were found between the wing and the fuselage.