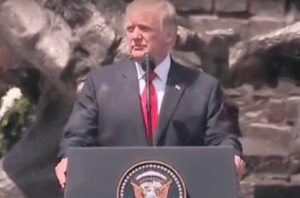 WASHINGTON (Reuters) – The impeachment inquiry into U.S. President Donald Trump will not be allowed to become a venue for “sham investigations” into Democratic presidential hopeful Joe Biden and his son, the head of a congressional committee leading the probe said on Tuesday.

Representative Adam Schiff, the Democratic chairman of the House of Representatives Intelligence Committee, made the vow as the White House and its Republican allies in Congress set up lines of defense ahead of televised public hearings that begin on Wednesday.

Schiff, who is spearheading the investigation into whether Trump pressured Ukraine to target one of the president’s domestic political rivals, also said he would not allow the hearings to be derailed by a debunked conspiracy theory that Ukraine – not Russia – interfered in the 2016 U.S. election.

Some Republicans have defended Trump’s dealings with Ukraine by saying he was motivated by a desire to root out corruption in the Eastern European nation and get to the bottom of the election meddling four years ago.

The inquiry will enter a critical phase on Wednesday when lawmakers hold their first public, televised hearings and begin to question witnesses. The proceedings are scheduled to start at 10 a.m. EST (1500 GMT).

Schiff’s comments in a note to committee members suggested he would not allow Republicans to call Biden’s son Hunter and the whistleblower who triggered the impeachment probe after a Trump phone call with Ukraine’s leader as witnesses.

As leader of the Democratic majority on the intelligence panel, Schiff controls which witnesses testify.

The witnesses this week will be U.S. diplomats who voiced concern over Trump asking Ukraine to investigate Joe Biden and Hunter, who was on the board of a Ukrainian gas company, on unspecified allegations of corruption.

The anonymous whistleblower set off the impeachment probe after Trump asked Ukrainian President Volodymyr Zelenskiy in a phone call on July 25 to investigation the Bidens.

The inquiry and hearings “will not serve as venues for any Member to further the same sham investigations into the Bidens or into debunked conspiracies about 2016 U.S. election interference that President Trump pressed Ukraine to undertake for his personal political benefit,” Schiff wrote in the note.

Schiff, who has become a key target of Trump’s attacks in recent weeks, added that the panel would not “facilitate” any effort to threaten, intimidate or retaliate against the whistleblower, a U.S. intelligence official.

Only intelligence committee members and staff would be allowed to ask questions in the hearings, said Schiff, adding that Republicans’ list of suggested witnesses was being evaluated and additional witnesses would be announced this week.

The investigation, formally launched six weeks ago by Democratic House Speaker Nancy Pelosi, has shadowed Trump’s presidency with the threat that he could be removed from office even as he seeks re-election next year.

“President Trump’s pressure campaign was ‘out of bounds,’ and every time he insists that it was ‘perfect’ he is saying that he is above the law,” Pelosi said on Twitter.

Trump is the fourth U.S. president to face impeachment. None were removed from office, although Richard Nixon resigned as he faced almost certain impeachment in 1974 over the Watergate scandal.

The White House has refused to cooperate with the probe and a number of administration officials have failed to show up to testify behind closed doors.

White House acting Chief of Staff Mick Mulvaney said in a court filing on Tuesday that he would not bring a lawsuit challenging a subpoena for his testimony, though he added that at Trump’s direction he would not cooperate with investigators.

The president also suggested on Tuesday that he would likely release the transcript of an April 12 conversation with Zelenskiy “before week’s end” but gave no other details.

The transcript is from a call with Zelenskiy after the Ukrainian was elected president but before he took office. The White House did not release a summary of the call – known as a readout – when it took place seven months ago.

Congressional Republicans on the three House panels conducting the impeachment inquiry, in a memo to party leaders reviewed by Reuters, said that weeks of closed-door testimony have not established that Trump committed an impeachable offense.

For the past two weeks, House investigators have been releasing transcripts of interviews conducted behind closed doors with witnesses, including U.S. diplomats who have expressed concerns about dealings with Ukraine by administration officials and the president’s personal attorney, Rudy Giuliani.

Trump has intensified his attacks on the investigation ahead of the public hearings, which threaten to crowd out other issues like the economy and immigration as voters turn their minds to the November 2020 election.

House Democrats consider the open hearings as crucial to building public support for a vote on articles of impeachment – formal charges – against Trump.

If that occurs, the 100-seat Republican-controlled Senate would hold a trial, but Republicans have so far shown little interest in removing Trump from office.