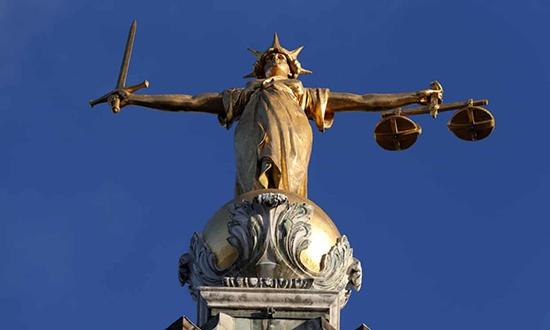 It sticks in my craw to say this, but it has never been easier to get away with rape. The Crown Prosecution Service is in crisis. What should women do?

‘It has never been easier to get away with rape.’ Photograph: Jonathan Brady/PA

A text-message ping in the middle of the night: “I have been raped.” I like to think I would do the right thing. Unfortunately, I know what this is because I have talked to enough people at Rape Crisis. I would tell the woman in question to not clean her teeth or have a drink, to not shower and, if possible, to not pee. In other words, maintain yourself in a violated state in order to keep any evidence intact. (In giving this advice, I would be well aware that it is extremely unlikely she would be able to take it.) I would then take her to the police station – to the rape suite, as they are lovingly called.

Or would I? Would I tell her to go through a system that would involve her being questioned about what she was wearing? Did she know the guy? Did they exchange texts? Had she been drinking?

Would I tell her to go through an investigation during which her phone and her laptop could be taken from her; to get involved in a process that could take two years to get to court? Could I give her that advice in the full knowledge that the guy would probably get away with it? Would I give her a lecture on her duty to other women on the basis he might rape again?

I don’t know. It sticks in my craw to say this, but it has never been easier to get away with rape. The Crown Prosecution Service (CPS) is in crisis. The number of reported rapes is rising, but half of rape victims are dropping out of prosecutions even when the suspect has been identified. Police are referring fewer cases to the CPS, which in turn is prosecuting fewer cases. This is the way it has been going for a decade. The number of convictions has dropped. Who really cares?

This is simply another depressing “women’s issue”, although I would like it to be everyone’s issue. Dare I say it is also an electoral issue? I often think of Andrea Dworkin saying she was less concerned with men learning to cry than with them stopping “the crimes of violence against us”. I don’t need men to tell me rape is awful. I need them to take it seriously enough to change the system.

Every day I am told what the real issues are: austerity, hospitals, housing, the weird void that is Brexit. Violence against women? Not so much. A crime, sure, but a fact of life. Women live in fear of sexual assault, and modify their behaviour accordingly. This is captivity redefined as common sense. Girls wear cycling shorts under their skirts at school or when doing bar work to stop men grabbing them. A woman’s job is to stop men raping them. This is rape culture, then – where we all assume violence against women is inevitable.

To change that requires political will. Where is it? Women who have had sex in the past have apparently surrendered their rights, and now they have to surrender their digital pasts, too. The newly popular “sex game gone wrong” defence implies complicity in your own murder. The US president is a pussy grabber. Harvey Weinstein wanders free while awaiting trial for allegations he denies. Brett Kavanaugh sits on the US supreme court, despite the allegations of sexual misconduct levelled against him, which again he denies. Here in Britain, we shared the rush of the #MeToo movement; a moment when we understood the ubiquity of sexual violence. Why then is the system still failing us in plain sight? Why is this not a priority?

Enough essays now on consent, kink and ambivalence, all portrayed as interesting grey areas. What we need is more naming of the unnameable and the way fear keeps us in our place – the way shame is its consort. That to be abused or raped, especially by someone you know, is to have been degraded. To talk of it means further degradation. I am so very tired of talking about how we are going backwards on this issue. I hear that, when people are out canvassing, every other issue is more important. A system that cannot convict rapists is complicit in rape.

So what would you say to that text? Honestly?

Sorry. He will probably get away with it. Everyone lives with this knowledge and doesn’t want to do a damn thing about it. Politics, you see, occurs elsewhere and the damage that has been done to you … well, that is private and personal. Have you thought about therapy?