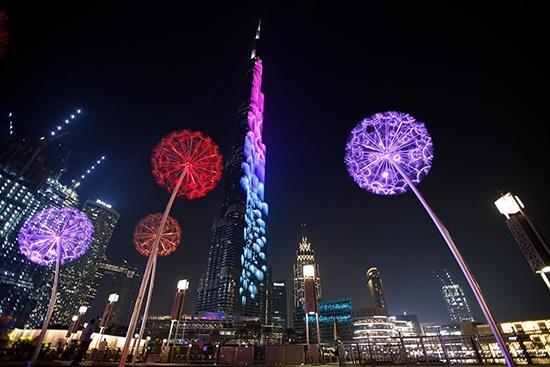 The newly appointed commissioner for next year’s world fair due to take place in the UAE, Elazar Cohen, says the event is a chance for the Jewish state to ‘alleviate concern’ the Arab world has ‘about this thing called Israel’

Israel’s newly appointed commissioner to Expo 2020 said Monday that next year’s world fair in Dubai offers the country a unique opportunity to present a fresh face to the Arab world, just as Israel is growing closer to the United Arab Emirates and other Arab Gulf states.

Elazar Cohen presented plans for the Israeli pavilion at the world’s largest exhibition, in which it aims to project its technological, scientific and agricultural innovations to the 25 million visitors expected to descend upon the glitzy city-state.

But Cohen said the true target audience was the Emirati hosts and the majority Arab visitors, whom he said would find great interest not only in Israeli technology but in its good intentions and outstretched hand.

His presentation, accompanied by a slick promotional video in English, Hebrew and Arabic, delivered by a prominent Arab-Israeli TV personality, comes a day after the Israeli government officially confirmed its participation in Expo 2020 and allotted a budget to its planned, grand pavilion.

But rarely do these ties come into the open, due to the years-long stalemate in Israeli-Palestinian peace efforts and Israel’s military occupation of parts of the West Bank.

Egypt and Jordan are the only Arab countries with formal peace treaties with Israel.

Like most of the Arab world, the UAE does not have formal diplomatic relations with Israel.

However, it has been at the forefront of efforts to drop the Arab world’s historic animosity toward Israel as part of burnishing a more progressive image with the West.

Israel and the UAE have long had back-channel security and cyber ties, and Israeli businessmen and tourists who have foreign passports routinely make clandestine visits to the oil-rich federation of sheikhdoms.

Over a dozen Israeli delegations have been granted special access.

Three Israeli Cabinet ministers have made formal visits in the past year and the Israeli national anthem was played after an athlete won gold last year in an Abu Dhabi judo tournament.

But the arrival of a large Israeli delegation to the Expo will mark a major step forward.

Israeli officials say it remains unclear whether Israelis will be allowed to visit the gathering on Israeli passports.

Cohen said Israel would have a prominent position in the exhibition, alongside the UAE hosts, the United States, Japan, India and Italy, and not far from Saudi Arabia – another Arab country with which Israel has been developing warmer discrete relations.

The expo, which takes place once every five years, offers Israel an apolitical chance to take it to another level.

“We know we have a complicated image in the Arab World but we also know there is a lot of curiosity and there is a lot of knowledge about our special abilities,” said Noam Katz, the foreign ministry’s deputy director general for media and public affairs. “Our message to the region is: ‘We live in this region, and we want to build neighborly relations with all those around us.”