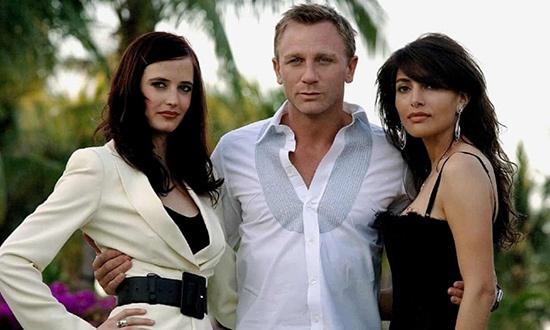 Innuendo is reportedly returning to the Bond franchise in No Time to Die. Surely it can’t be any worse than these examples

Groan-worthily lewd double entendres are as much a trademark of the James Bond franchise as martinis, tuxedos and tricked-out sports cars, but they haven’t exactly flourished in the Daniel Craig era: the first blond 007 has largely given the agent a sterner, more businesslike mien relative to the japery of Roger Moore and Pierce Brosnan.

Advance word is that the next Bond adventure, No Time to Die, will see lascivious innuendo making a comeback, with the presence of Phoebe Waller-Bridge as screenwriter (and the Fleabag creator knows her way around a good sex reference). One allegedly leaked line sounds like standard old-school Bond: “Get it up, get it up!” implores a passenger in a seaplane that Bond is struggling to fly, to which the spy drily responds: “I’ve never had a problem with that before.” Can it compete with the 10 most shameless, unforgivable Bond double entendres?