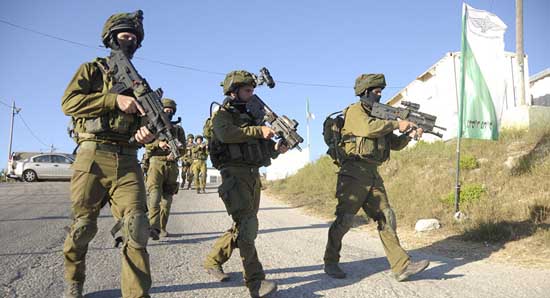 Recently, Israeli Energy Minister Yuval Steinitz said that Israel “will be forced” to launch a military operation in Gaza unless the situation on the borders is normalised after the recent exchange of fire with the Hamas movement, which controls the Strip.

The Iron Dome anti-missile system has reportedly intercepted numerous projectiles over southern Israel early Tuesday, shortly after the Israel Defence Forces announced on Twitter that Baha Abu al-Ata, a senior commander of the Islamic Jihad movement operating in the Gaza Strip, was killed as a result of an Israeli military strike on his home.

​According to reports, sirens also sounded in the city of Rishon LeTsiyon, Holon and Sderot and in the area surrounding the Gaza Strip.

The IDF spokesman said that the forces targeted al-Ata because he was “a ticking bomb” and was allegedly plotting “imminent” attacks on Israel.

Israel Radio said, citing senior military officials, that the IDF had managed to target the specific room where al-Ata was sleeping, and therefore claim they were able to avoid destroying  the entire building.

Israeli Prime Minister Benjamin Netanyahu said on Tuesday that the decision to target al-Ata was taken Sunday by the cabinet.

“Senior Islamic Jihad commander Baha Abu al-Ata was targeted overnight in Gaza. He was responsible for many terrorist attacks and the firing of rockets at Israel in recent months and had intended to carry out imminent attacks. The IDF action was recommended by the IDF Chief-of-Staff and ISA Director and was approved by the Prime Minister and Defense Minister after it had been presented to – and approved by – the Security Cabinet”, the prime minister’s office tweeted.

While the IDF has yet to confirm or deny the interception of rockets, the military did urge residents of southern Israel to stay close to bomb shelters as the region was on high alert following the operation, The Times of Israel reported.

In a parallel development Reuters reported citing a statement issued by the militant group that a top Islamic Jihad commander, identified as Akram al-Ajouri, had allegedly been targeted in the Syrian capital of Damascus on Tuesday. The statement didn’t immediately blame anyone for the incident; the IDF is said to have declined to comment.