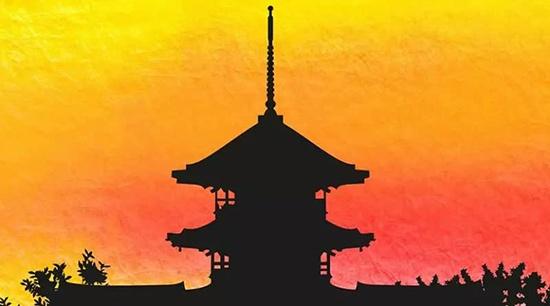 The regional security architecture is evolving. While China is fast making inroads, US seems to be withdrawing from a region it has long dominated. How will the recently-concluded ASEAN Summit pave the way for multilateral initiatives under the next Chair, Vietnam?

Thailand wrapped up its tenure as chair of the 35th ASEAN Summit and related meetings in Bangkok, handing over the torch to Vietnam for next year. Thailand’s chairmanship came against the backdrop of a rapidly evolving regional order marked by the US-China trade dispute and at an overall tumultuous time for the multilateral trading system and rules-based regime.

Thailand’s theme for ASEAN 2019 “Advancing Partnership for Sustainability” touched upon all three pillars of the ASEAN Community. Under the political-security pillar, Thailand managed to bring together all ASEAN member states to support the ASEAN Outlook on the Indo-Pacific (AOIP). This was against all odds, cementing a much-needed ASEAN narrative of the various versions of the Indo-Pacific concept articulated by Indonesia, India, Japan and the United States.

As a follow up to the AOIP released earlier this year, Indonesian President Joko Widodo (also known as Jokowi) proposed at the recently concluded East Asia Summit (EAS) in Bangkok that Indonesia would host the ASEAN Indo-Pacific Infrastructure and Connectivity Forum next year. Diverging from the United States’ Free and Open Indo-Pacific (FOIP) strategy, President Jokowi argued for the necessity of cooperating with China within ASEAN’S Indo-Pacific framework, noting that the AOIP encourages inclusive partnerships.

The memo for inclusive partnership was apparently not received by the Trump administration. Despite declaring the Indo-Pacific “the single most consequential region for America’s future” in the Pentagon Indo-Pacific strategy report, Washington sent a relatively low-level delegation to this year’s ASEAN Summit where discussions on Indo-Pacific was on top of the agenda.

President Trump’s no-show was disappointing but not unexpected, and was further testimony that ASEAN, at least under the current administration in Washington, does not figure prominently in US strategic thinking and the US cannot be relied upon to show up in support of ASEAN Centrality in the region.

Leadership matters, and ASEAN leaders along with dialogue partners carried the mantle at the East Asia Summit (EAS), engaging in discussions on the future of the regional architecture as well as multilateralism. A significant outcome for ASEAN economic integration is the breakthrough in the Regional Comprehensive Economic Partnership (RCEP) negotiations, especially at a time when multilateralism is losing ground and growth in Southeast Asia projected to be its lowest in five years.

Although Thailand could not meet the end-of-year deadline to finalise RCEP negotiations, 15 RCEP participating countries “have concluded text-based negotiations for all 20 chapters and essentially all their market access issues; and tasked legal scrubbing by them to commence for signing in 2020”. Even with India pulling out from the trade deal at the last minute due to outstanding issues which remained unresolved, RCEP is still poised to be the world’s largest trade pact.

The proposed RCEP involves the 10 ASEAN member states, plus Australia, China, India, Japan, New Zealand and South Korea – which together  make up one-third of the world’s gross domestic product. The onus falls on Vietnam as chair to oversee the formal signing of RCEP next year.

Under the socio-cultural agenda, ASEAN leaders had adopted the Bangkok Declaration on Combating Marine Debris in ASEAN Region at the 34th ASEAN Summit in June this year. As a follow-up, a draft EAS Regional Plan of Action (RPoA) on Combating Marine Plastic Debris (CMPD) is currently being developed to boost efforts to combat plastic waste pollution in the oceans and prevent the illegal transport of hazardous wastes.

A number of developing countries in Asia, including Indonesia, Malaysia, Thailand and Vietnam, had been the target countries for waste export after China banned the import of plastic waste through the implementation of the National Sword policy.

As the next ASEAN chair, Vietnam has chosen “Cohesive and Responsive” as the theme which will focus on promoting intra-regional coherence and the adaptive capacity of ASEAN to meet the current geopolitical and economic challenges. The international system is undergoing transition, and with it, the regional economic and security architecture is also evolving.

How Will Hanoi Handle the South China Sea Issue?

Vietnam’s ASEAN chairmanship will be closely followed as 2020 marks the year when the regional grouping will be half-way towards its plans to realise ASEAN Vision 2025; the progress made thus far will be assessed and the way forward to achieving the targets of the ASEAN Community 2025 will be considered. The year will also mark 25 years of Vietnam’s accession to ASEAN.

Vietnam has come a long way to become one of the fastest growing economies in Southeast Asia since the country opened up to market reforms in the 1980s. Its entry into ASEAN has seen Vietnam playing an active role in the regional grouping – in complete contrast to its past.

How Hanoi, as an ASEAN member, balances the contentious South China Sea issue, which is expected to feature prominently in engagements between China and ASEAN under the Vietnamese chairmanship, will be a development to watch.