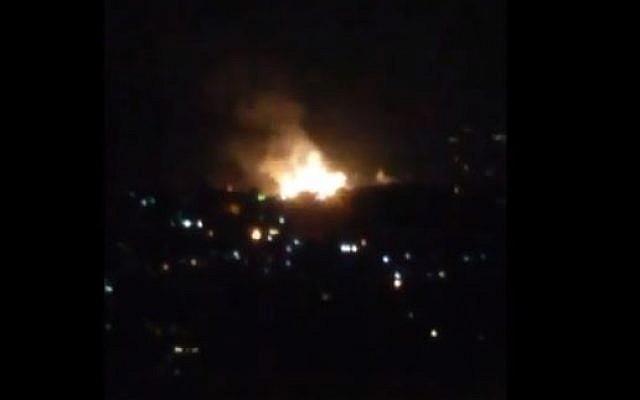 Syrian authorities said a building in the capital of Damascus was bombed early Tuesday in a deadly attack, as its air defenses fired at a “hostile target.”

Syrian state media said at least two people were killed and six injured in the bombing of the building in the Mezzeh area of the capital.

It said the building was a civilian structure adjacent to the Lebanese embassy.

According to the SANA state news network, Syrian air defenses were fired at a “hostile target” over Daraya, a suburb south of Damascus.

The incident came less than an hour after Israel announced it had killed a top commander of the Islamic Jihad terror group in Gaza, which is allied with Iran.

It was not immediately known if there was any link between the incidents.

Israel has carried out hundreds of airstrikes in Syria against Iranian targets over the last several years, but does not generally comment on specific attacks.