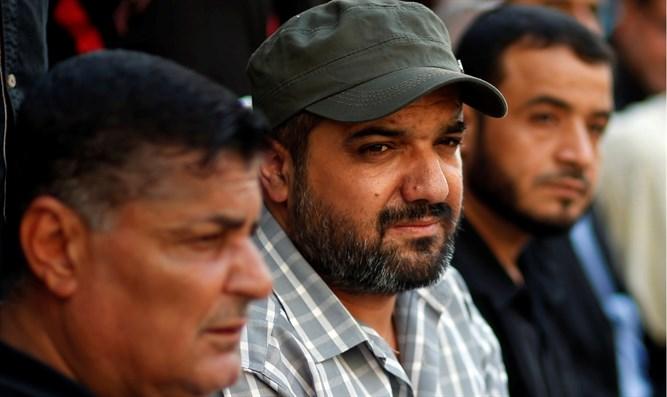 But who was Abu Al-Ata, and why was he singled out as a target for the Israeli strike?

The 42-year-old chief of Islamic Jihad’s Al Quds Brigades’ Gaza Strip branch was considered one of the most radical terrorists in Gaza – even within Islamic Jihad – Abu Al-Ata was seen as a rising force within the Hamas-ruled coastal enclave, due in part to his close ties with Tehran, and the decline in Hamas’ popularity in Gaza.

Under Abu Al-Ata’s watch, Islamic Jihad in Gaza has undertaken to obtain longer-range, more powerful rockets for its attacks on southern – and even central Israel.

A string of rocket attacks on Israel this year have been attributed to Islamic Jihad’s Al Quds Brigades – and Abu al-Ata.

Shortly after the operation which killed Abu Al-Ata and his wife, the IDF said that the Islamic Jihad terrorist was responsible for hundreds of terror attacks, adding that another one was imminent.

“Al Ata was directly responsible for hundreds of terror attacks against Israeli civilians and soldiers. His next attack was imminent.”

Along with rocket attacks, Abu al-Ata was also responsible for a number of other terror attacks against Israeli targets, including sniper attacks on Israeli soldiers and the use of drone aircraft armed with explosive devices.

The IDF believes Abu al-Ata to have been personally responsible for planning and ordering the majority of all terror attacks on Israel over the past 12 months.

Israel has been targeting Abu al-Ata for years, with attempts to eliminate him going back as far as Operation Pillar of Defense in November 2012, when Israeli forces targeted a building he was believed to be hiding in.

Immediately following his killing, rockets were fired from the Gaza Strip toward Israel, setting off sirens both in central and southern Israel.

“Senior Islamic Jihad commander Baha Abu al-Ata was targeted overnight in Gaza. He was responsible for many terrorist attacks and the firing of rockets at the State of Israel in recent months and had intended to carry out imminent attacks,” the Prime Minister’s Office said Tuesday morning.

“The IDF action was recommended by the IDF Chief-of-Staff and ISA Director and was approved by the Prime Minister and Defense Minister after it had been presented to – and approved by – the Security Cabinet.”