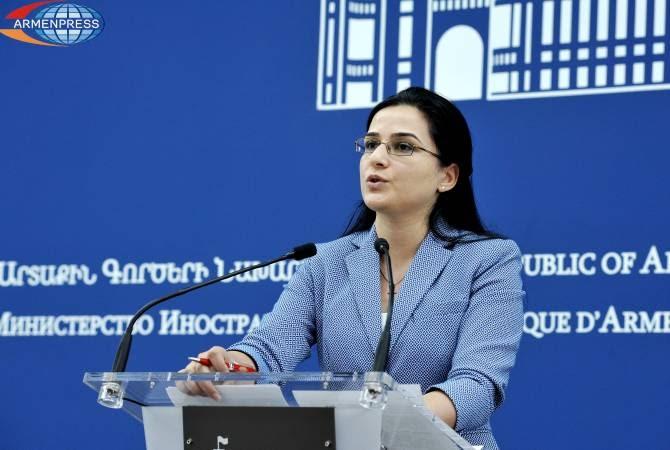 Her comments came in response to a question from Azatutyun radio station regarding a statement by Mammadyarov in which he expressed some optimism concerning the Nagorno-Karabakh peace process, although after his latest meeting with his Armenian counterpart Zohrab Mnatsakanyan in September in New York he expressed disappointment.
Mammadyarov also reported that conflict-relating documents were being discussed.

“I would not like to comment on the enthusiasm, disappointment or optimism of the Minister of Foreign Affairs of Azerbaijan regarding the peace process. I can only say that the peace process proceeds without shocks. I would like to confirm that the parties are not currently negotiating any specific document,” said Naghdalyan.