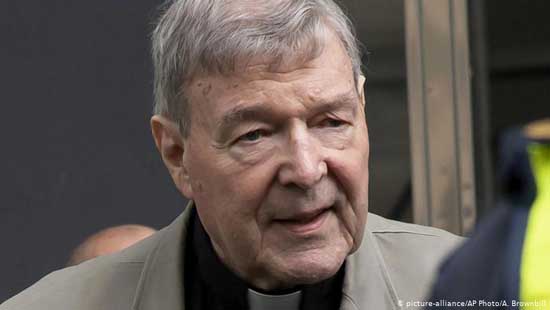 The former Vatican treasurer and one-time close adviser to Pope Francis was convicted of child sex abuse in December 2018. He lost an initial appeal and will now await a final decision, expected next year.

The High Court of Australia agreed Wednesday to hear a final appeal from Cardinal George Pell, who is hoping to overturn child sex abuse convictions.

The 78-year-old is currently serving a six-year sentence for abusing two choirboys in the 1990s.

He was found guilty on five charges related to the sexual assaults in December of last year, before being jailed in March 2019.

Pell’s legal team contended in their 12-page application that two state appeals court judges made an error in dismissing his initial bid to clear his name in August.

After Pell lost that appeal, the surviving victim said: “I just hope that it’s all over now.”

The hearing on the final effort before Australia’s top court is expected in March 2020 at the earliest, a court spokesman said.

The cardinal was once a Vatican treasurer and part of the College of Cardinals, the group that chooses the pope. He was a supporter of Catholic orthodoxy and interfaith dialogue.