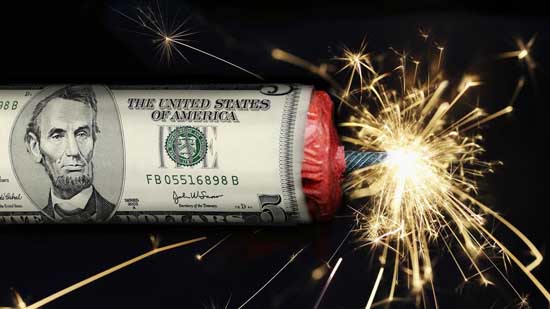 There are two economies in the United States, says RT’s Keiser Report, the real economy, where the 99 percent live, and the one-percent economy, where bankers and the corporate elite live.

“Consumers are spending and life is going on,” whereas on Wall Street one can see “non-stop interventions, quantitative easing is needed, interest rates were cut again this week for the top one percent,” Stacy Herbert says.

“There’s never enough money,” as those from the one percent “want more and more…”

According to Max Keiser, there could be “a catastrophic trapdoor opening underneath the US economy.”

When China announces as a surprise its 20,000 tons of gold and a gold-backed cryptocurrency that “will kill the US dollar deader than a doornail,” it will be a “Pearl Harbor-type event and it’s coming in the next six to nine months,” he predicts.