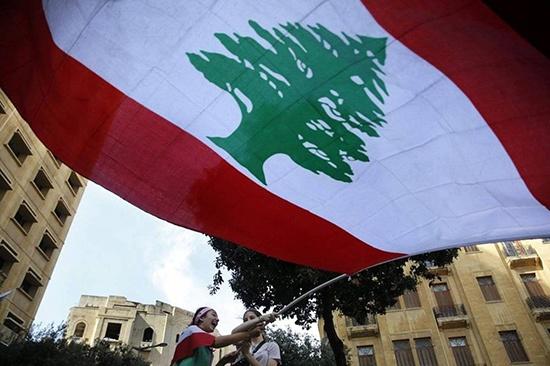 Saghieh told Annahar that such a law cannot be passed “unjustified.” He highlighted that this “all inclusive law is only another chance for politicians to deceive people and be excused of their crimes, just like in 1991.”

BEIRUT: Due to the current situation and for “security reasons,” Tuesday’s parliamentary session was postponed until November 19, according to Speaker of Lebanese Parliament Nabih Berri.

The meeting’s agenda included the discussion of laws on corruption in the public sector among others. Nonetheless, this agenda and specifically the General Amnesty Law and the plan to set up a special court to deal with fiscal crimes, sparked public debate.

Nizar Saghieh, lawyer and founder of the Legal Agenda, explained in a conference on Monday the implications of this law.

Saghieh explained that a general pardon would “threaten the legal organisation and can cause legal crisis similar to the economical ones we are currently going through.” The lawyer also noted that a specialized court for fiscal crimes will “lead to quotas” since “seven of this court’s members are appointed by the parliament.”

“The country is in a major economic crisis, people are worried about their rights and their money,” said Saghieh.

The lawyer justified the stance on this law by mentioning the pardoned crimes it includes: environmental crimes such as “polluting rivers, like the Litany, and blowing up mountains illegally using draglines;” crimes committed by the “accounting office that supervises the application of the annual budget;” military crimes; crimes committed against internal security forces; and “crimes in which people are threatened by those in power to gain shares in business projects while not contributing to its capital.”

Karim Daher, president of The Lebanese Association for Tax Payers’ Rights was another speaker at the conference.

“its almost impossible to hold politicians accountable because at least 20 percent of parliamentary members need to agree to transfer the file to process prosecution,” he said.

Daher added that getting back stolen money is also legally complicated because we have “laws that don’t allow for this unless it is done through the council of ministers.”

Saghieh told Annahar that such a law cannot be passed “unjustified.” He highlighted that this “all inclusive law is only another chance for politicians to deceive people and be excused of their crimes, just like in 1991.”

Saghieh concluded that this law “prohibits the public from justice and fails to target any of the country’s prominent issues.”

Historically speaking, “a general amnesty was passed in 1991 to put an end to the civil war on a legal ground after the Taif Agreement had ended it politically,” Chloe Kattar, a PhD holder in Lebanese history, told Annahar.

“This way, all political leaders got impunity and there was no public resistance to it since population was exhausted after 15 years of war,” explained Kattar “it was a collective moral agreement by the public to let this pardon pass so that a new page can be turned.”

Regarding today’s context in comparison to 1991, Kattar noted “today, we are not traumatized by any long lasting wars, so there’s no moral or ethical incentive for the public to allow the passing of a general pardon.”